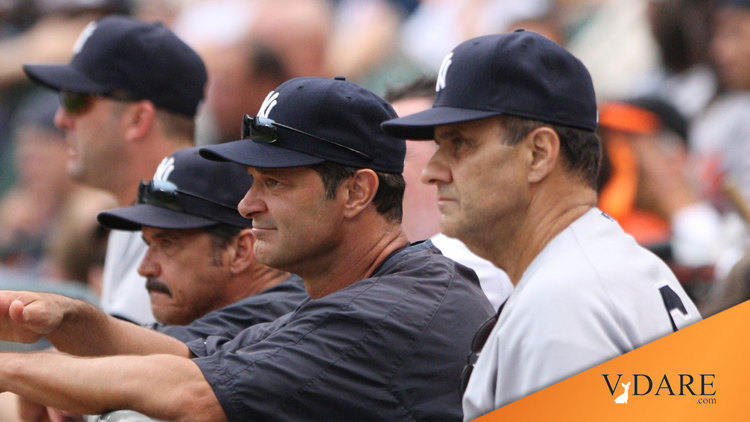 Jesse Jackson Defending Southern White MLB Umpires? What's In It For Him

Major League Baseball has sent down investigators to the hometowns in Kentucky of two of their umpires to ask their neighbors if they were members of the Ku Klux Klan. I can think of some better things for them to spend their time investigating (like steroid use by their star players,) but these types of PC witch hunts are so common that I normally wouldn’t bat an eye over this.

What is amazing is the reaction of Jesse Jackson. Rather than shake down the League until there are enough black umpires, he told reporters that "Major League Baseball has done a disservice to its progressive social history by equating southern whites with white supremacists," and that the league had "essentially defamed their people in their own neighborhoods." [ESPN - Jackson chastises MLB for 'ill-contrived questions' in background checks , AP, January 31, 2008,]

Call me cynical, but I doubt Jesse Jackson has suddenly become interested in defending whites unfairly accused of racism. I have no way to know what he is up to, but I hope VDARE readers would indulge me with a conspiracy theory.

Earlier this decade, Jesse Jackson went on a campaign against NASCAR, complaining that the drivers and the fans were too white. One of his underlings went as far as calling NASCAR "the last bastion of white supremacy," and after his complaints the league gave his Rainbow-PUSH coalition $250,000 dollars. Following outrage from fans, they stopped the donations. Jackson defending Southern Whites against a major sports league could give him cover if he decides to extort money from them again.

Just a theory, but if you see Jackson talking about NASCAR racing anytime soon, keep this in mind.