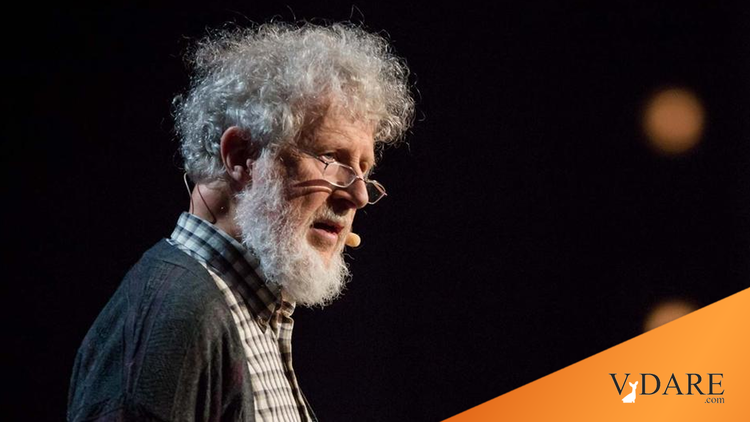 The World's Most Interesting Newspaper*, the Daily Mail, reports:

Women overtake men in IQ tests for the first time in 100 years (but is it all down to multitasking?)

IN the battle of the sexes women have always believed they are cleverer than men.
And now it would appear they are justified in thinking they are superior after psychologists found female IQ scores have risen above men's for the first time in 100 years.

Women have been as much as five points behind men since testing began a century ago, but that gap has narrowed in recent times.

This year women finally came out on top - and it may be because they are better at multitasking. The breakthrough has been uncovered by James Flynn, the world-renowned authority on IQ tests.

He told the Sunday Times: 'In the last 100 years the IQ scores of both men and women have risen but women's have risen faster.This is a consequence of modernity.
'The complexity of the modern world is making our brains adapt and raising our IQ. The full effect of modernity on women is only just emerging.'

One theory is women's ability to multitask as they juggle raising a family and going to work, while another explanation is that they are finally realising they have a slightly higher potential intelligence than men.

Flynn will publish his findings in a new book, but said more data was needed to explain the trend because tests have consistently shown differences between gender and race.

A forgotten bit of history is that early 20th Century IQ experts, most notably the endlessly-demonized Sir Cyril Burt and the Grandfather of Silicon Valley and Evil Eugenicist Lewis Terman, argued, based on the results of IQ tests, that males and females were about equal in intelligence. That was quickly established as orthodoxy among IQ mavens in the first half of the 20th Century. You are always supposed to believe that the IQ & Eugenics WASP scientists of the early 20th Century, being the Worst People in History, were mere playthings of the prejudices of their age. This example suggests the opposite, so it has been shoved down the memory hole.

So, Flynn isn't breaking any ground here, he's just upholding the IQ Orthodoxy endorsed by, among others, Arthur Jensen in 1998.

The main heretic in recent years has been Richard Lynn, so this is a Flynn v. Lynn argument. It's important to note that it's not the Evil IQ Establishment v. Flynn, it's the IQ Establishment (including Flynn) v. Lynn.

Personally, I don't have a strong opinion on the subject. The male-female gap in median IQ, if it exists, is relatively small. The issues in the discussion quickly become highly technical. Psychometrics is a field in which sizable differences (e.g., median black v. white) show up under just about every conceivable measurement approach, but measuring small differences accurately is dependent upon a lot of technical testing issues.

* Not necessarily the World's Most Reliable Newspaper, however ..