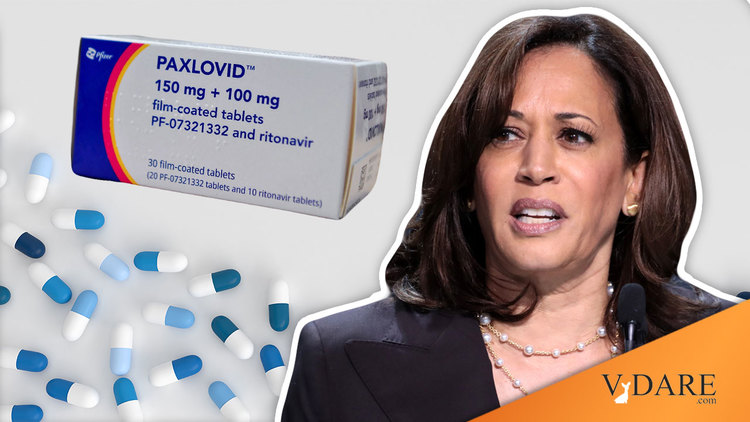 It's OK To Give Kamala The Best COVID Drugs, She's The Only Thing Protecting Us From A President Pelosi

Kamala Harris, in spite of being vaxxed to within an inch of her life, has tested positive for COVID, and has been given the "new Covid-19 antiviral pill, Pfizer’s Paxlovid," which is short supply, if you're not Vice President [Why did Kamala take the Pfizer pill?, by LAUREN GARDNER, ALEX THOMPSON and MAX TANI 04/27/2022 ].

Some people are complaining about this:

But really, it's OK, Kamala, whatever her shortcomings, is the only thing between (according to the Presidential Line Of Succession) President Nancy Pelosi, 82, and President Patrick Leahy (currently President pro tempore of the  Senate), also 82. Leahy isn't noticeably senile, although his health isn't great, and he's been in the Senate since January 3, 1975, but we've been watching Pelosi decline for years.

Third in line to the presidency, you guys, behind Pudding Brain Biden and Kamala ‘picked for her sex and color’ Harris. This is the stuff that keeps this editor up at night.

Pelosi: "Do you know what the Republican response was? 'Hold onto your hat that you don't have on.'" pic.twitter.com/ZbTPILNIvo

So let's keep Kamala healthy. (By the way, the third in succession as of 2022 may be Kevin McCarthy, of all people, but what we want in that case is Kamala and Joe impeached, not getting sick and dying.)