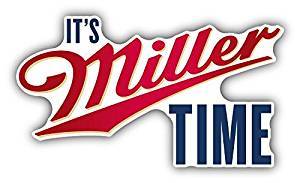 A reader sent me a couple of interesting links. The convention that Miller's spokesman Marino referred to in my earlier post, had as its slogan "Legalization for All".

Now were Marino and Miller unaware of what "Legalization for all" meant? That seems rather doubtful since, this was spelled out pretty clearly in the political statement of the movement sponsoring the convention Miller Brewing donated to:

The legalization of all immigrants

Permanent legal residence should be extended not only to those "who work and pay taxes," but also to family members living in the United States. At the same time, previous pending visa applications should be immediately processed.

Now, Miller did get some obsequiousness for their $30,000:

We immigrants are not a "problem." We are the answer to an expanding economy that requires more workers than it produces in the United States.

Corporate American has found a way to get a workforce that doesn't mind a household income that has been stagnant for the last 6 years.