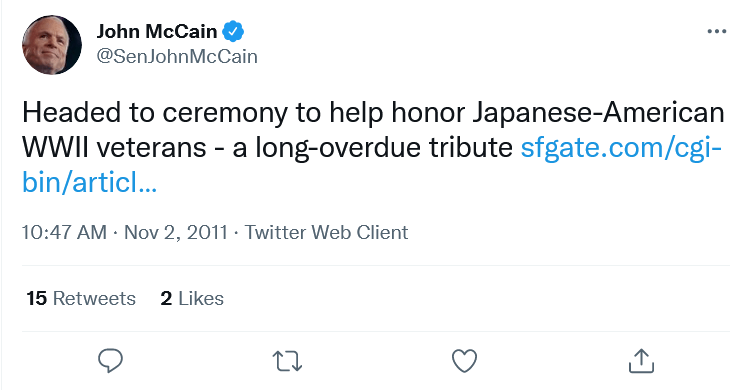 John McCain, [Message him on Twitter]still a Senator, Twitters 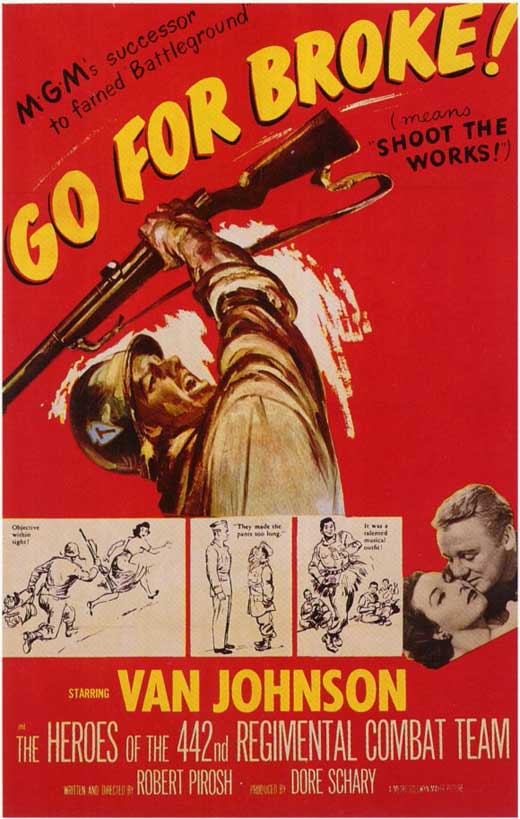 The movie Go For Broke, honoring them, was made by Hollywood in 1951, six years after the war, when Senator McCain was 15, and we have been hearing about them over and over since then.

When Clint Eastwood was blamed for not putting enough black soldiers in Flags Of Our Fathers, I wrote

"If you are a recent graduate of a public school, your teachers may have given you the impression that the fighting was done by a coalition of the Tuskegee Airmen, the Navajo Code Talkers, black Navy stewards, and the 442nd Regimental Combat Team, while white troops sat at home guarding Manzanar, but this is not the case. Partly because America was 90 percent white, and partly because of segregation, World War II was fought almost entirely by white troops."

McCain, whose father was a fighting Admiral in WWII, should know better.