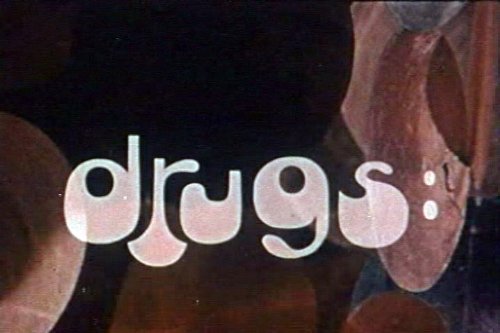 Is There a Generational Explanation for Rising White Death Rates? Above is a graph from the new paper on increasing death rates among middle aged white Americans by Anne Case and Angus Deaton: “Rising morbidity and mortality in midlife among white non-Hispanic Americans in the 21st century.”

This graph shows death rates from the big three causes that have exploded among whites since 1998: overdoses, killing yourself, and cirrhosis (not total death rate). In the post below are the authors’ ideas on causes, plus a theory of mine attempting to tie several of their factors together.

But I want to offer another idea that has been largely overlooked: judging from the graph above, the rise in Big 3 death causes was particularly sharp among that now middle aged generation of whites who came of age in the post-Sixties Party Hearty era.

For example, a childhood friend of mine killed himself a few years ago, in his early fifties. When we were in high school together in the mid-1970s, he claimed to be on drugs everyday. Then he became a Dead Head and followed the Grateful Dead around. He was a jovial fellow and claimed to be having a very good time, but I guess when age, worsened by all the drugs he’d taken, started taking its toll, he didn’t have much to look forward to.

When thinking about this graph, something that is confusing is that each line does not represent the same group of individuals over time. Instead, the individuals who make up each line keep changing as the earlier born ones age out of the age-range and are replaced with later born ones. So, it’s pretty informative to work out exactly when each line was born and reached 18.

It’s a little hard to make sense out of a graph like this so here’s a table I made up for each line in the graph in descending order of death rate as of 2013:

To simplify things, I’ll treat each cohort as being the age of the middle member. Consider the Green line cohort of 50 to 54 year olds who had the biggest increase in death rate from 1998 to 2013, which I’m eyeballing as about 2.9 more deaths per year. To make it easy, this Green line cohort of 50 to 54 year olds can be said to have averaged age 52. In 1998 (at the left side of the graph), the average 52 year old member of the cohort was born in 1946 and was 18 years old in relatively sedate 1964.

Keep in mind that what we think of as The Sixties (i.e., Sex, Drugs and Rock and Roll) didn’t really start for anybody until the middle of the 1960s and for many young people not until the early 1970s. I’ve looked at a lot of data trends over the decades, and it’s always seemed to me that 1973 was the year when The Sixties completely hit home. There are a lot of explanations offered for this usually involving Watergate and Vietnam, but if we need any cause directly related to 1973, I’d guess it was the Roe v. Wade decision on 1/22/73: Seven Supreme Court justices sending the message: Party on, dudes and dudettes!

In 2013 at the right side of the graph, the average member of the Green line cohort was 18 years old in decadent 1979.

What about Red Dash line cohort of 55-59 year olds, the cohort with the second largest growth in death rates? The average member of the cohort in 1998 had been 18 in 1959, while the average member of this cohort in 2013 had been 18 in 1974. Representative youth culture icon of 1959: Buddy Holly. Representative youth culture icon of 1974: David Bowie. (Of course, Holly died at age 22 and Bowie is still with us, so don’t take my examples too seriously).

I think there is definitely a pattern in that coming of age in the Late 1960s / 1970s seem to have taken a toll on people, leaving them more vulnerable to dying of overdoses, suicide, and alcoholism later in life.

It’s kind of like how homeless people and AIDS sufferers started showing up in the 1980s. There are all sorts of explanations for these separate effects, some valid, some tendentious, but a common theme that’s almost totally overlooked today is that the 1970s were a Big Party and that took its toll on some people.