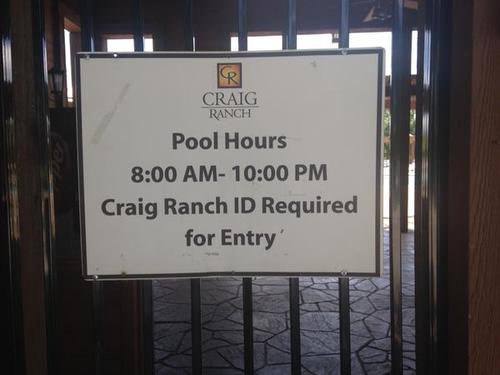 Are we starting to see the collapse of The Narrative?  Is the 'liberal' (ha!) PC Narrative, the one endlessly purveyed by the MSM for over half a century, starting to collapse under the weight of its own inconsistencies? My optimism is spurred by the reaction to press coverage of (roll of drums) The Texas Swimming Pool Horror.  You must have heard about it. If not you can get a comprehensive deconstruction of it here.

The link is to Here’s The Story of The McKinney Pool Fiasco posted at theconservativetreehouse.com which supplied the above picture and which I must say is technically a beautiful bit of blogging.

The organiser of the pool party was a Section 8 parasite living in the expensive complex courtesy of the (White) taxpayer. She was not entitled to even access the pool area but yet as part of a commercial venture issued an open invitation to all and sundry to attend the party.  Cue the arrival of busloads of hood rats who jumped the fence and immediately started a chimpout.

The purpose of this post is not to go into details on the event which can be accessed at the link above. Rather I want to focus on the reaction to it: An explosion of outrage at the misreporting and a concomitant plummeting of trust in the official media. Even the heavily-moderated comments on the likes of CNN, CBS and the Huffington Post were overwhelmingly negative towards the MSM and its reliability. Here's just one from Yahoo News.  "First we had Trayvon, then Michael Brown and now this incident. In every case the media told blatant lies. Blatant lies. From now on I believe NOTHING the media say. Good luck'…

I've observed for a long time the increasing divergence between MSM content and the ensuing reader comments. But this development has broken new ground. There's been, in my view, a paradigm shift in the public's perception of the Narrative the authorities have been peddling.

Has the cognitive dissonance become too blatant?

The last days of the Soviet Union spring to mind. Are our current elite nation-wreckers much different from the frozen leaders of that country, waving atop Lenin's tomb, unaware that as they did so their world was collapsing around them?

What a nice thought.

We at VDARE.com have long been interested in the insurrectionary tendencies of the comment threads as John Derbyshire observed in If There Is Hope, It Lies In The Comment Threads seconded by Paul Nachman in It’s Not Just The Comment Threads, It’s Also The Up Votes On the Patriotic Comments!

We particularly thank brave friends who post live VDARE.com links in them!