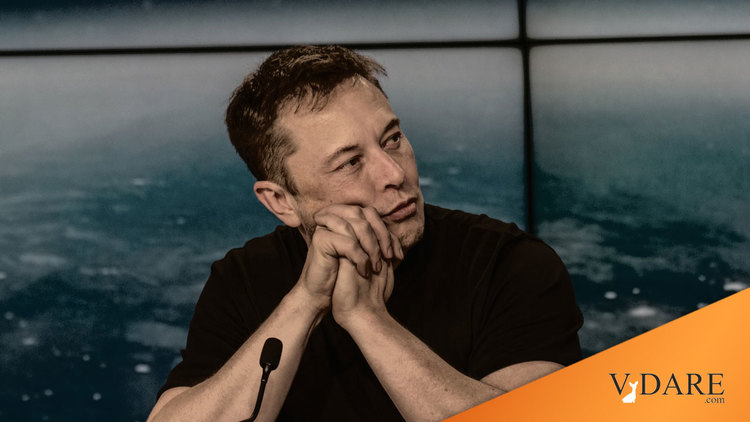 In the end, it was stories such as this that reminded those truly paying attention we not only didn’t have a country, but our posterity didn’t have a future.

DOJ Targets Elon Musk’s SpaceX For Allegedly Preferring To Hire U.S. Citizens: Investigating if company “engages in any pattern or practice of discrimination” against non-citizens, by Michael Sheetz, CNBC.com, January 28, 2021

The U.S. Department of Justice is probing Elon Musk’s rocket company SpaceX over whether the company discriminates against non-U.S. citizens in its hiring, according to court documents filed on Thursday.

The Justice Department’s Immigrant and Employee Rights division received a complaint of employment discrimination from a non-U.S. citizen, who alleged that SpaceX discriminated against him based on his citizenship status.

“Specifically, the charge alleges that on or about March 10, 2020, during the Charging Party’s interview for the position of Technology Strategy Associate, SpaceX made inquiries about his citizenship status and ultimately failed to hire him for the position because he is not a U.S. citizen or lawful permanent resident”, DOJ attorney Lisa Sandoval wrote in the complaint filed on Thursday.

The Immigrant and Employee Rights division of the DOJ notified SpaceX by email on June 8 that it had opened an investigation, and requested that SpaceX provide information and documents relating to its hiring process, according to the court filings made on Thursday.

The day will come when we shrug off—for good—those who would keep us grounded to the earth.

Those peddling diversity, equity, and inclusion as our greatest moral good advocate for Detroit, Haiti, and Baltimore.

When you look upon the heavens as the guide for our posterity, you realize egalitarianism represents a revolt against nature.