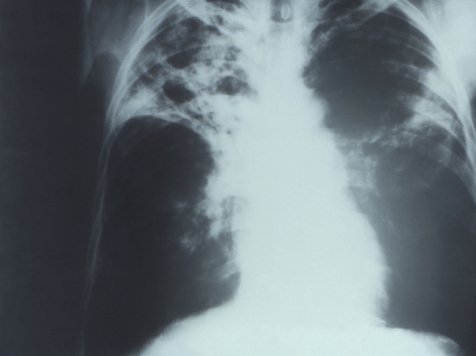 The city of Indio (population 76,036 in 2010) in southern California is located about a hundred miles north of the Mexican border and has plenty of diverse influence from that precinct.

Indio High School (93% Hispanic) recently showed up in the news because of a student being diagnosed as having tuberculosis and 45 others testing positive for exposure.

The school responded to the threat by requiring all students and staff to be screened before returning to the campus after Christmas vacation. TB is highly contagious among people sharing space over extended periods of time. The disease has been largely wiped out in this country but is still an active public health problem in the third world.

The Centers for Disease Control noted in Trends in Tuberculosis — United States, 2012 that “A total of 6,243 TB cases were reported among foreign-born persons (63.0% of all cases in persons with known national origin)…”

However, news reports don’t specify whether the kid who had TB was a citizen, just that he was treated.

The school’s demographics include a student body of 2447 that is 93 percent hispanic.

California high school tests all 1,800 students and staff for tuberculosis after one student is infected and 45 test positive for possible exposure, Daily Mail, December 20, 2013

All students and staff members at a southern California high school will be screened for tuberculosis today after 45 students tested positive for possible exposure to the illness.

The decision to test the 1,800 students and staff from Indio High School in Riverside County comes after a student last month was diagnosed with active tuberculosis.

Earlier this week, 131 students were screened and 45 tested positive for possible exposure. Of those, five were identified as requiring further examination for signs of the illness.

Indio High School: All students and staff are required to have the free TB test and may not return to school after the Christmas break unless they have been screened

The numbers of those potentially infected were higher than expected, but the ‘the likelihood of the illness being passed from one person to the next is remote,’ said Cameron Kaiser, a Riverside County health official who ordered the expanded school-wide testing.

‘Someone who is exposed does not necessarily have active tuberculosis, a condition that must be confirmed with more tests,’ spokesman for Riverside County Public Health Jose Arballo told CNN.

According to MyDesert.com, active tuberculosis was brought to Indio High by a student who attended the school from September until mid-November. The student, who has not been identified by authorities, is expected to make a full recovery.

Officials say it is very unlikely that the disease has spread and that the tests are being performed on all staff and students out of ‘an abundance of caution.’

The initial test is a skin test. A small needle is used to inject a material called tuberculin under the skin. After two to three days, a follow-up examination will determine whether the patient had a reaction to the test.

If the result is positive, the patient will have further tests, including a lung X-ray, to determine whether they have the disease.

Indio students will return to the school Monday for their follow-up examinations.

Tuberculosis is an infection caused by a bacterium that generally affects the lungs. It can also spread to other parts of the body and if left untreated, kills more than 50 per cent of people infected.

Tuberculosis is spread through the air when an infected person coughs or sneezes. It cannot be caught through kissing, sharing drinks or touching.

According to the Press-Enterprise, Riverside County has has other active cases of tuberculosis this year, including one student from Vista Murrieta High School. There were 250 people screened after that case but none were found to have active tuberculosis.

The Centers for Disease Control and Prevention reports that one-third of the world’s population is infected with tuberculosis.

In the early 1900s, the infection killed one in every seven people in the United States. Since the 1940s, cases of tuberculosis have decreased with the introduction of effective medicines.

Treatment involves an aggressive regimen of antibiotics for a total of six to nine months.

A letter to parents on Indio High School’s website states that testing for the disease is mandatory and that until students have been tested, they may not return to school after the break on January 6.