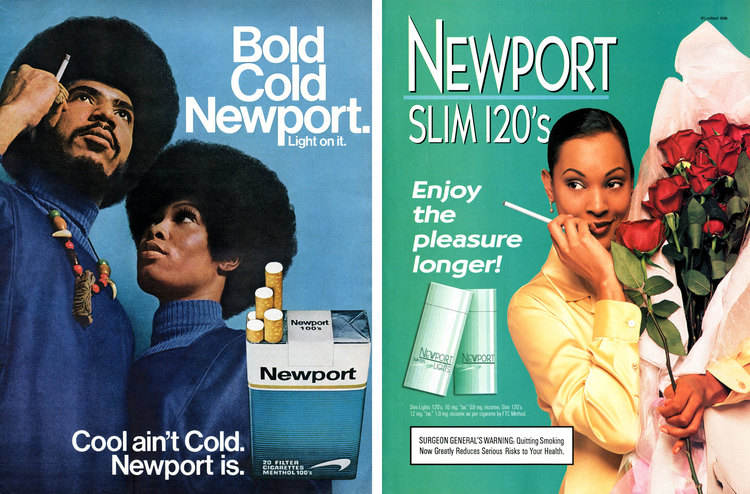 Incensed Over Menthol—Tobacco Policy Is Racist, No Matter Which Way You Look At It

Jacob Sullum has an article on the subject of the attempt to ban flavored cigarettes, on the specious theory that they're aimed at kids. Such a bill would not ban menthol cigarettes, which have been around for years. Sullum has been arguing that the

"Family Smoking Prevention and Tobacco Control Act, which Congress is once again considering, would stifle competition, raise prices, reduce variety, block the flow of potentially lifesaving information, [The FDA hates it when you say that cigars are better for you than cigarettes, or chewing tobacco safer than either.] and impede the introduction and promotion of safer tobacco products."[ Cigarette Flavoratism, Reason Magazine, June 11, 2008]

All to no avail, but Sullum reports a new objection—the bill is racist. If menthol cigarettes are the choice of 75 percent of African-American smokers, but only 32 percent of whites, then not banning them is unfair to African-Americans. The mind boggles. There is no way that you can figure this out so it's not racist.

You realize that that if you do ban cigarettes which are popular with African-Americans, that's racist too? It's racist when crack dealers get heavier sentences that powder cocaine dealers, and on exactly the same disparate impact principle. Suppose a store that sold cigarettes refused to sell menthols? Wouldn't they get in trouble?

Sullum goes through some of the permutations of this:

There are other ways to look at it. Given that white menthol smokers outnumber black menthol smokers by three to one, maybe this isn't such a black thing after all. Alternatively, since the bill allows blacks to smoke the cigarettes they prefer, a freedom it does not allow whites who like clove cigarettes or Camel Cremas, you could argue that it discriminates in favor of blacks.

People who want to ban flavored cigarettes, of course, believe that letting smokers have what they want is a hostile act. But if so, the fact that the bill allows tobacco companies to continue selling the non-mentholated cigarettes overwhelmingly preferred by whites suggests that it blatantly discriminates against European Americans.

Trying to run public policy on this basis is probably what makes politicians so crazy. My head is starting to hurt just thinking about it.

Finally, the bit about "white menthol smokers" outnumbering "black menthol smokers by three to one," is because there are a lot more whites that blacks, sot that 32 percent of whites is more than 75 percent of blacks. This is something Steve Sailer has been trying to convince GOP strategists of for years for years and years.