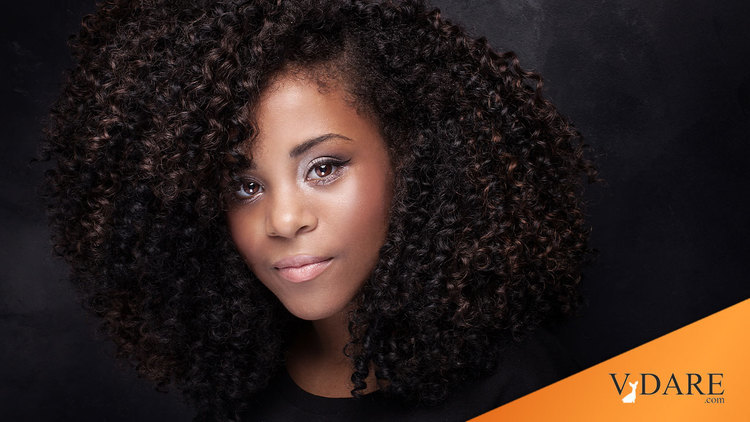 In Which Steve Says Something He Seldom Says: "You Go Girl!"

For a long time, libertarians have been arguing that all we have to do to unleash African-American entrepreneurship is deregulate: get rid of zoning laws, occupational licensure, and the like, and blacks will surge into small business. For example, economist Steven Horwitz of Bleeding Heart Libertarians seized upon Ferguson to write in the WSJ:

How libertarians can bridge the political divide over race

What both share is a belief that racial disparities need not be the result of direct person-to-person racism or the failings of minority communities. Rather, it is structural racism at work, and it concerns both libertarians and progressives, and it should concern conservatives….

• When mostly white politicians, often at the behest of mostly white businesspeople, pass occupational licensure and zoning laws that raise the cost of entering occupations or engaging in home-based businesses that are particularly attractive to non-whites, you have structural racism.

I used to sort of believe that, too.

Perhaps that was relevant in the 1950s, but a lot has changed since then as I realized about 1990, when I walked into a new hair products retail shop in Uptown, Chicago that had been opened by the in-laws of the Korean immigrants who owned the dry cleaners we frequented. The dry cleaning lady was very friendly so my wife wanted to buy something to help her in-laws get off the ground. But each and every item for sale in the store was unusable upon white (or Korean) hair. It was all for black hair. These Kims or whomever had come 10,000 miles to sell stuff to housing project blacks. The store was no doubt a lot tidier than if it were owned by African-Americans and probably cheaper, too. But, still …

Owning a black hair products shop seems like it ought to be a way up for the occasional enterprising African-American woman from the hood, who is my fellow citizen. For example, the first African-American millionaire, man or woman, was Madam CJ Walker, who invented the conk. But they can’t compete against upper middle class immigrants from Korea. 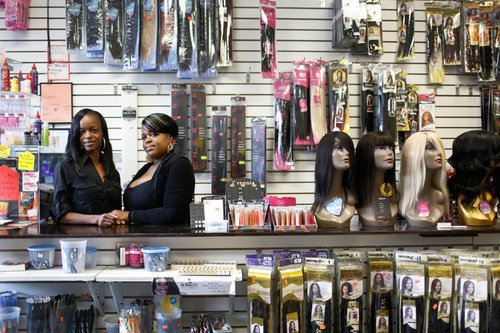 Not much seems unusual about Judian and Kadeian Brown’s storefront in a tidy plaza off Church Avenue in Flatbush, Brooklyn, a neighborhood where every block seems to have its own African hair-braiding salon.

Posters of African-American women with long, sleek hair fill the window. Round jars of shea butter belly up to slender boxes of hair dye on the shelves. Wigs perch on mannequin heads.

What makes Black Girls Divine Beauty Supply and Salon’s visitors do a double-take is the skin color of the proprietors. “I go, ‘Look at all the faces on the boxes,’ ” said Judian Brown, recalling other shopkeepers’ and customers’ surprise when they realize she is not an employee, but the owner. “Who should be owning these stores?”

The Brown sisters’ is one small shop in a multibillion-dollar industry, centered on something that is both a point of pride and a political flash point for black women: their hair. But the Browns are among only a few hundred black owners of the roughly 10,000 stores that sell hair products like relaxers, curl creams, wigs and hair weaves to black women, not just in New York but across the country. The vast majority have Korean-American owners, a phenomenon dating back to the 1970s that has stoked tensions between black consumers and Korean businesspeople over what some black people see as one ethnic group profiting from, yet shutting out, another.

I don’t say this a lot, but in this case, let me say it to the Brown sisters: You Go Girl.