All across the world, admirers of the heroic Change-bringer are paying homage in their own diverse ways. In Turkey, it took a village to slaughter dozens of sheep in honor. (In Muslim society, there's nothing like mass killing to say Celebration!)

ANKARA, Turkey - Residents of a mainly Kurdish village in southeastern Turkey have sacrificed 44 sheep to celebrate the election of Barack Obama as the 44th president of the United States.

The posters read "you are one of us" and "we love you."

I wonder whether Muslim "ancestry" was what the Turks really said they liked about Obama; Daniel Pipes has written that many Muslims see him as one of their own. 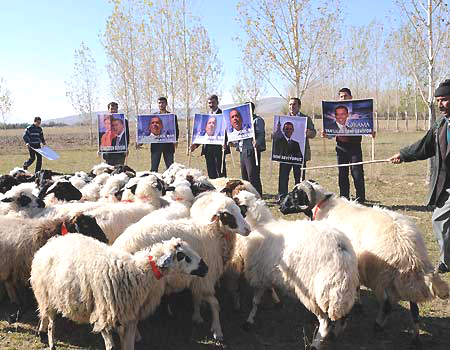