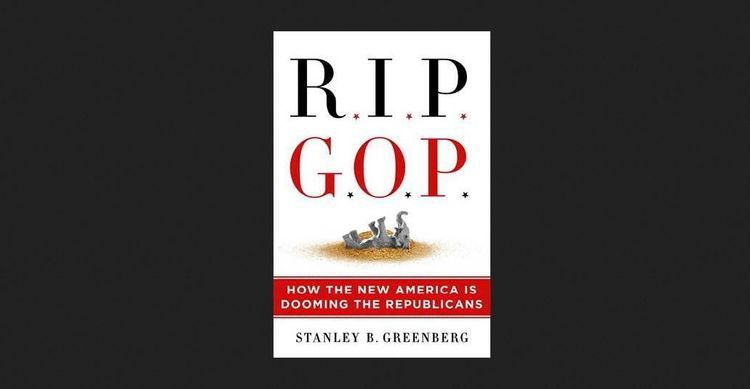 In The NYT, Michelle Goldberg Wishes Demographic Doom On the GOP

In a new book, the pollster Stanley Greenberg predicts a blue tidal wave in 2020. 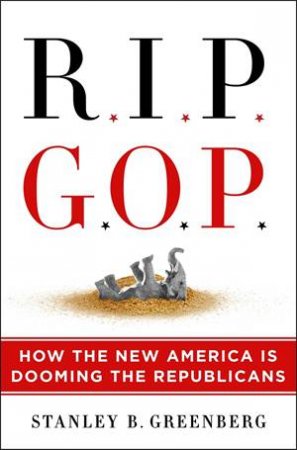 Toward the end of his new book, “R.I.P. G.O.P.,” the renowned Democratic pollster Stanley Greenberg makes a thrilling prediction, delivered with the certainty of prophecy. “The year 2020 will produce a second blue wave on at least the scale of the first in 2018 and finally will crash and shatter the Republican Party that was consumed by the ill-begotten battle to stop the New America from governing,” he writes.

It sounds almost messianic: the Republican Party, that foul agglomeration of bigotry and avarice that has turned American politics into a dystopian farce, not just defeated but destroyed. The inexorable force of demography bringing us a new, enlightened political dispensation. Greenberg foresees “the death of the Republican Party as we’ve known it,” and a Democratic Party “liberated from the nation’s suffocating polarization to use government to advance the public good.” I’d like to believe it, and maybe you would too. But should we?

This is not the first time that experts have predicted the inevitable triumph of progressive politics. Seventeen years ago, John Judis and Ruy Teixeira published “The Emerging Democratic Majority,” which argued that the country was on the cusp of a liberal political realignment driven by growing diversity, urbanization and gender equality….

There’s a fascinating tension in “R.I.P. G.O.P.” Greenberg is scathing about the failures of the Hillary Clinton campaign, accusing it of “malpractice.” Yet he believes that at least some of the political assumptions that were mistaken in 2016 will be sound in 2020.

Greenberg suggests that Clinton erred by focusing too much on multiculturalism at the expense of class, and by trying to discredit Donald Trump as a vulgarian rather than a plutocrat. As Clinton wrote in “What Happened,” her post mortem of her shattering loss, Greenberg “thought my campaign was too upbeat on the economy, too liberal on immigration, and not vocal enough about trade.”

Yet going into 2020, Greenberg believes that what he calls the “rising American electorate” — including millennials, people of color and single women — will ensure Democratic victory, almost regardless of whom the party nominates.

… A few months after the election, he realized he could no longer put Clinton and Trump voters in focus groups together because indignant Clinton voters, particularly women, so dominated the conversations. …

That resolve to resist has led many voters to define their own beliefs in opposition to Trump’s. On immigration, for example, “every Trump outrage increased the proportion of Americans who said, ‘We are an immigrant country,’” writes Greenberg. Indeed, according to recent Pew data, 62 percent of Americans say that immigrants strengthen the country, while 28 percent, a near record low, see them as a burden.

Yet rather than modulating their anti-immigrant politics in response, Republicans have little choice but to double down, because so many of their voters are driven by nativism. In this way, Greenberg sees an omen for the Republican Party in California. It’s hard to remember now, but the state was once the heartland of conservatism, nurturing the political careers of Richard Nixon and Ronald Reagan. From 1968 to 1988, it voted Republican in every presidential election, and regularly elected Republican governors.

But in 1994, California Republicans, fearful of changing demography, campaigned for Proposition 187, a ballot initiative meant to make life miserable for undocumented immigrants. It won — though courts blocked its implementation — but it also turned expanding constituencies in California against Republicans. Today the party has been reduced to an irrelevant rump faction in state politics.

Oh, yeah, in 1992, pro-immigration Republican incumbent George H.W. Bush lost to Bill Clinton by 13.6 points. It’s almost as the GOP was doomed in California before Proposition 187. But assuming that time flows in only one direction is racist.

So who cares about some technicalities of which event came before which event? The point is that the GOP is Bad and therefore deserved what immigration did to them.

The specter of California haunts the modern right; many conservatives see it as a portent of what demographic change will do to Republican power nationally. But California can just as easily be seen as a sign of how a political party can drive itself to ruin by making a cruel, doomed stand against the coming generation.

It’s easy to see that if you control The Megaphone and keep blaming Proposition 187 in 1994 for what had happened already in 1992.

… His confidence will not be enough to lessen the insomnia that has plagued me since the cursed night when Trump was elected. But his book should be a corrective to the media’s overweening focus on the mulish devotion of Trump voters. Trump hatred is a much more potent force in this country than Trump love.

There is one way, and one way only, that Trump may surpass Barack Obama. Though Obama was a community organizer, Trump could turn out to be much better at mobilizing progressives. ….

Michelle Goldberg has been an Opinion columnist since 2017. She is the author of several books about politics, religion and women’s rights, and was part of a team that won a Pulitzer Prize for public service in 2018 for reporting on workplace sexual harassment issues. @michelleinbklyn

Nothing shows the New York Times’ Commitment to Diversity more than its hiring @MichelleInBklyn, because she’s so incredibly different from all the other progressive feminist insomniac Trump-hating women journalists in Brooklyn.