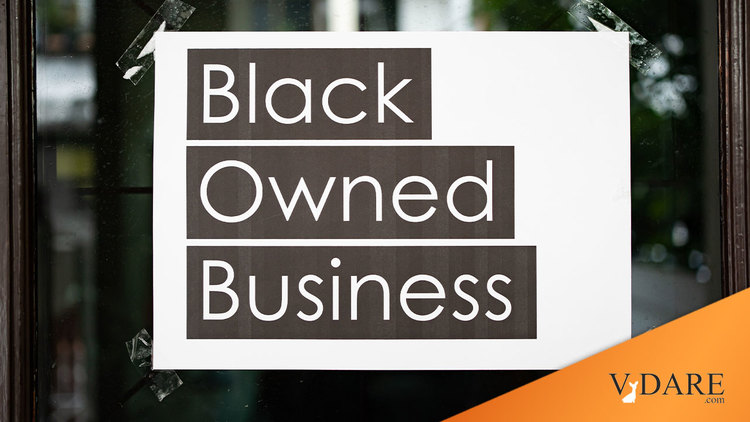 In George Floyd Square In Minneapolis, Black-Owned Businesses Beg For Help From Police To Protect Them From Black Gangs...

Two choices: All Cops Are Bastards (ACAB) or Help us, police: we didn’t mean to call you racist! You can only select one. [

Black-owned businesses at the intersection where George Floyd was killed by police last year — now known as George Floyd Square — say they are in dire straits.

Black merchants near the once-thriving corner of 38th Street and Chicago Avenue said police have abandoned the blocked-off intersection, creating a dangerous autonomous zone that has seen crime spike and business evaporate.

“The city left me in danger,” the owner of Smoke In The Pit restaurant told The Post Thursday.

“They locked us up on here and left us behind,” said the merchant, who asked to be identified only as Alexander W. for fear of reprisals.

“They left me with no food, no water, nothing to eat,” he said. “The police, fire trucks, can’t come in here.”

On Thursday the intersection was essentially abandoned — save for the occasional gawker who posed for photos in front of a mural outside Cup Foods, the convenience store where Floyd allegedly passed a counterfeit $20 bill.

At least five stores along one block are shuttered. Owners and workers at most of the stores that do remain open were too afraid to comment to The Post.

“Look around, things are empty,” said Richard Roberts, who works at the nearby Worldwide Outreach for Christ church. “What can we do about it?”

The black-owned businesses say they have lost 75-percent of their business since the Floyd memorial sprouted up shortly after his death — and have even launched a GoFundMe fundraising page in a desperate bid to stay afloat.

The merchants “feel they have been the sacrificial lambs” in the city’s response to Floyd’s death, according to the fundraising page.

The city barricaded the intersection to allow for the Floyd memorial to be erected.

Phil Khalar, a member of the group that oversees the memorial, said the merchants’ complaints are part of “a false narrative.”

“It’s not like we are telling delivery drivers or customers not to come in,” he said. “This area has always been violent.”

Khalar said Bloods gang members “keep us safe in their own way.”

But residents and businesses complain that a new element of lawlessness has seeped into the area recently — with left-wing militants and gang members turning it into a “volatile” autonomous zone.

Police said last month they would retake the intersection and restore safety, but gave no timeline, the Star-Tribute [sic] reported at the time.

Regression to the African Mean translates into the civilization white people created is replaced by something else entirely, even when the replacement of the latter is championed as not only progress but affirmation of “diversity being our greatest strength.”

It truly is okay to laugh.

The hysteria over George Floyd will pass.

The pendulum will swing back, and we will remember the George Floyd who put a gun into the belly of a pregnant woman during a home invasion.

Until then, just laugh.