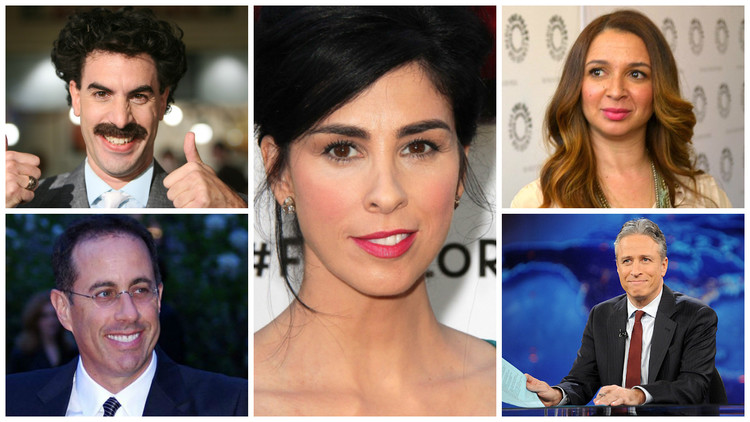 In Comedy, Are Jews The Marginalized? Seriously?

An oped in the NYT explains how the rules of Who? Whom? should apply to comedy:

IN 2002, at a coffee shop in one of San Francisco’s less-charming neighborhoods, I stood in front of 10 or 12 people and told a joke about AIDS. It got a laugh. After I delivered it, as I segued into a searing analysis of Destiny’s Child, I noticed a guy at a table with a Kaposi’s sarcoma on his forehead. When I was writing that AIDS joke, I figured since I was gay, it was fine for me to talk about AIDS, but in context, looking at the joke through the eyes of my audience, I realized it wasn’t something I wanted to do again.

… The glory of Twitter is that it’s unmediated and direct, but the absence of gatekeepers also means that everyone is free to put their worst work up as easily as their best. And it has created a static, continuing record of that work.

Trevor Noah learned that this week, when his announcement as the new host of “The Daily Show” drew scrutiny to his nearly 9,000 tweets posted over the past six years. People found a handful of mediocre jokes with hack premises about women, Jews and fat people, and questioned the appropriateness of Mr. Noah’s selection.

Please note that I have no opinion on Trevor Noah. I never heard of him until earlier this week. Of all his jokes, I’ve only seen the half-dozen of his jokes that are being so widely denounced. I’m constantly reading that they are low quality jokes, but I don’t see any technical analysis of their flaws, just complaints about who is being made fun of, such as “women, Jews, and fat people.”

It is also true that good comedy can’t just echo tropes from the past that have a semblance of danger. Bad impressions of gays and Asians, complaints about unattractive women, brutal insults to trans people and mockery of African-American names have become the tired rubric of too many stand-ups’ acts. These jokes aren’t just bad and hurtful; they reinforce a mostly white, straight, male power dynamic within the comedy world.

Social media critics challenged these tired premises, and comics unused to having their perspectives questioned have replied that social awareness will destroy comedy. …

Are stand-up comics really “unused to having their perspectives questioned?” Relatively speaking, it would seem to me that stand-ups get more direct and immediate feedback on the plausibility of their perspectives than just about anybody else in the world.

Granted, comics are mostly evaluated by people who like humor. So when they’re grinding around the comedy clubs of America (or, in Noah’s case, Africa) they don’t get much exposure to the utterly humorless. But still …

Mr. Noah has gotten a clear message about cheap jokes at the expense of marginalized groups …

I think this perspective needs questioning. In complaining about Noah’s “cheap jokes at the expense of marginalized groups” such as “women, Jews and fat people,” is Mr. Branum implying that Jews are one of the marginalized groups in the comedy business?

That perspective seems to be at the center of this brouhaha.