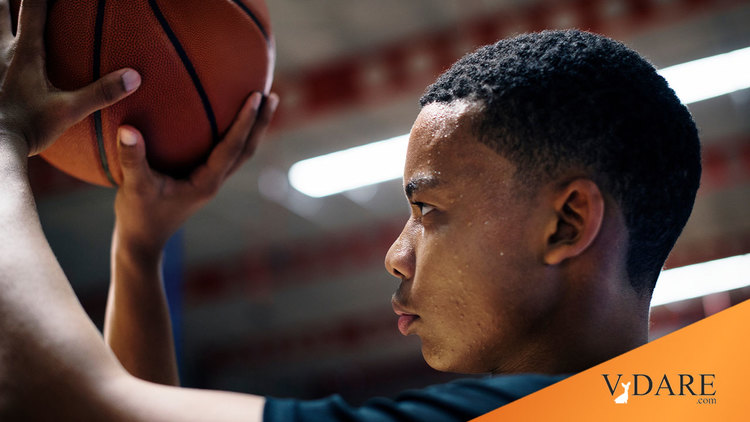 In your best Field of Dreams voice: “If you put up a rim, they’ll put down the gun.”

Just throw them a basketball around midnight, and black people will magically stop shooting each other.

Isn’t this the idea behind Gremlins and making sure Mogwai doesn’t eat after midnight, or else he’ll spawn evil spores of himself, ultimately unleashing hell on an idyllic community? What was Stephen Spielberg trying to tell us with his 1984 movie …?

Then again, didn’t leaders of municipalities plagued with black criminality try and use Midnight Basketball in the early 1990s to try and convince blacks to shoot hoops instead of shooting each other? Oh yeah, they did.

It didn’t work then. It won’t work now.

It looks like basketball. But Atlanta’s mayor said it’s also hope and opportunity for the young men who are choosing to play. “The young men want to play ball, they want to get out of the streets, they want to have an activity, be competitive,” Mayor Andre Dickens said Wednesday night. Dickens spearheaded the weekly Midnight Basketball games, with over a dozen teams starting up in March. All of them are now working toward playoffs in June.

The Atlanta mayor showed up to cheer on the players — ages 18 to 24 — who rallied from 7 p.m. to midnight at the C.T. Martin Recreation Center in the Adamsville neighborhood of southwest Atlanta. Family and friends lined the stands as spectators, cheering on the players and the city. “It’s something that’s actually awesome,” Owen Jackson said as he watched. “Because it’s giving them an opportunity to show that there’s something more than just the street. It’s like putting some hope back into the community. Because you’ve got some individuals who don’t think there is any hope.” The young men show up to play basketball, but can also find tables set up offering job and career help, education counseling, substance abuse support, and other services. Dickens sees the program as a tool for the city to prevent and fight crime. “It’s really giving them another option,” Dickens said.

“This is a choice. And this is a better choice of things to do on a Wednesday night than doing some of the other things that people are drawn to. I like to deal with the root causes of crime. You also want to deal with crime once it’s happened, which is what we’re seeing on the streets of Atlanta — to actually stop crime as it occurs and also to prevent it. But on the front end of it is events like this — Midnight Basketball, the Summer Youth Program — things that deter folks from getting involved in gangs and crimes to begin with.”

Midnight basketball has become so popular so quickly, the City of Atlanta is planning to expand it to even more teams this summer.

Serious question: how long until the first shooting at a pickup game at the City of Atlanta sponsored Midnight Basketball event? A week? Two weeks? A month?

If basketball is the only alternative to black people shooting each other in Atlanta, we have a systemic issue not even whiteness can be blamed for creating. We’ll call it impulse control personified.