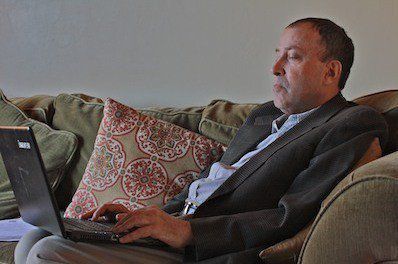 In his recent VDARE.com article, Charles Bloch argued that  America's 1924 immigration cut-off wasn't responsible for the death of six million European Jews in the Holocaust.

The late immigration-sanity sage Lawrence Auster, who was of Jewish origin (although as an adult he converted to Episcopalian and, on his deathbed, became a Catholic), made much the same point in his classic monograph Huddled Cliches: Exposing the Fraudulent Arguments That Have Opened America's Borders to the World.

And as was typical of Larry's writings, he said it memorably.  Here's this particular huddled cliche, followed by his pulverizing of it:

“If it hadn’t been for immigration, I would have been smoke.”

This piquant remark, by the neoconservative writer Midge Decter, expresses the profound gratitude of an American Jew whose family avoided the Nazi genocide by coming to the United States in the early twentieth century. It is meaningless as a pronouncement on immigration policy. There are innumerable people in many countries whose families did not come and never thought of coming to the United States, yet who have suffered unspeakably in their native lands. A half million Rwandan Tutsis were horribly massacred by the rival Hutus in 1994. If those Tutsis and their relatives had come to the United States in, say, 1980, they would be alive today. Does that mean that the Tutsis—all several million of them, just to be on the safe side—should have come here? Should all the people in the world who may possibly suffer persecution at some future time—a major portion of the human race—be allowed into the United States as a preventive measure? If we made a general principle out of Midge Decter’s family history, we would be obligated to admit everyone in the world who wanted to immigrate, because we couldn’t tell for sure if something bad might not happen to them in the future if they stayed where they are.

That's from page 51 of the PDF version; "Huddled" is also available in HTML, here.

If you're deep into the subject of immigration, especially how it's driving the U.S. and the rest of the West to ruin, you need to have Huddled Cliches under your belt.  At approximately 16,000 words, reading it is the project of about an hour.

For me, the most memorable point in the booklet-length essay is Larry's response to “If we didn’t have immigrants doing all kinds of jobs in America today, there would be nobody to do them.”  On page 11 of the PDF version, you can see how he dispatches that one.