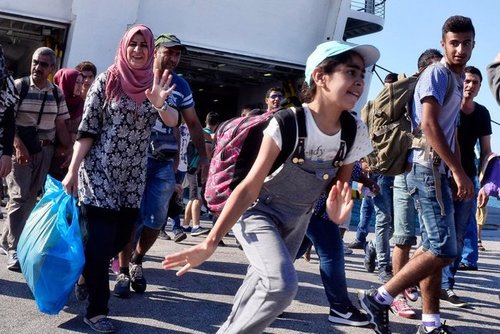 The insult “inbred” is of course a favorite among liberals, as is “anti-science.”

And yet, in this week’s Taki’s Magazine column, I attempt to call attention to what has been one of the most overlooked aspects of the ongoing Camp of the Saints: how the high inbreeding rates among Middle Easterners causes genetic and cultural damage to the host populations:

The past half century of history with Muslim immigration to Europe suggests that once these new settlers are legally documented and entitled to exploit the local taxpayers, they will come under tremendous pressure from their extended families to legally wed cousins from the old country to provide the clan with more entrée to Europe. …

It’s hard to explain the horrific phenomenon of gang rapes of underage English girls, of which Rotherham is the tip of the iceberg, without understanding the psychological impact of inbreeding among Muslim immigrants. It makes people who aren’t your close kin seem less related to you. Why? Because they are less related to you. Thus, victimizing the host population in the interests of your blood relations is only natural.

In the 20th Century, cousin marriage rates in Northern European countries tended to be quite small. For example, in Hungary, which was so vociferously denounced for its anti-European backwardness in attempting to follow European Union rules for the benefit of the Continent as a whole, less than one percent of marriages were traditionally between first or second cousins, according to A.H. Bittles’ Consang.net.

In contrast, in many Muslim countries cousin marriage is stylish. Among the many studies summarized on Consang.net, here are some relevant ones published after my 2003 article in The American Conservative, “Cousin Marriage Conundrum:”

Family reunification policies benefiting migrants gives clans even bigger incentives to badger their younger members into cross-continental arranged cousin marriages. These huge numbers of young men pouring into Europe will usually be expected by their extended families to eventually send for blood relatives as brides.