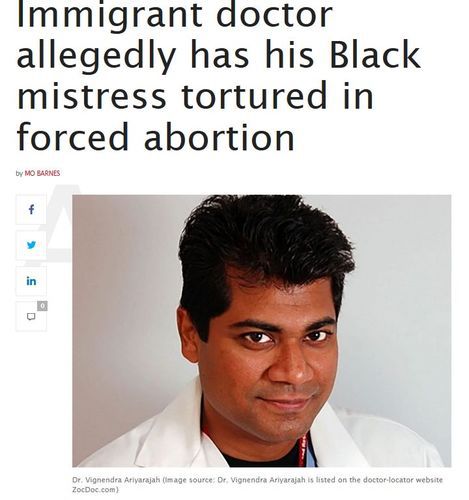 This YouTube clip tells you all the MSM thinks you need to know about Vignendra Ariyarajah, accused of kidnapping his mistress and killing her baby: He's a doctor. Oh, and he went to Harvard. 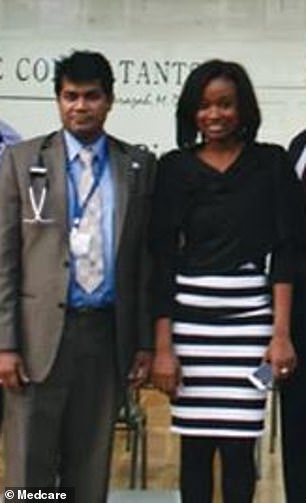 It's from ABC7 New York, which helpfully adds:

A married Harvard-trained doctor accused of killing his pregnant mistress' baby in a jealous rage was in court in Brooklyn Tuesday. Authorities say cardiologist Dr. Vignendra Ariyarajah had two people hold Paul Marie Raymond against her will inside her Ditmas Park home in 2016. One of them was his friend Bridgett Singh, who is also named in the indictment.

Police say Raymond -- who was seven months pregnant at the time -- was starved, fed very little water, and was given drugs like fentanyl to try to kill the unborn baby.

When I search for the victim's name ("Paul Marie Raymond" ) I found this headline, from RollingOut.com, a source I'm unfamiliar with.

That's a lot better headline than the NY Post's Harvard-trained doc accused of killing pregnant mistress’s baby in jealous rage, by Rebecca Rosenberg, NY Post, March 25, 2019, although the Post does say, if you read far enough down, that Ariyarajah was "Malaysian-born".

And it's true that the victim is black, the Daily Mail (which has lots more details) found a picture of them together, right. But the Daily Mail also goes for "Harvard-trained doctor" in the headline. So who is the guy who wrote the story that's headed with the really pertinent information that an immigrant doctor has (allegedly, for legal reasons) attacked a black victim? Is he some kind of racist or something?

You be the judge.