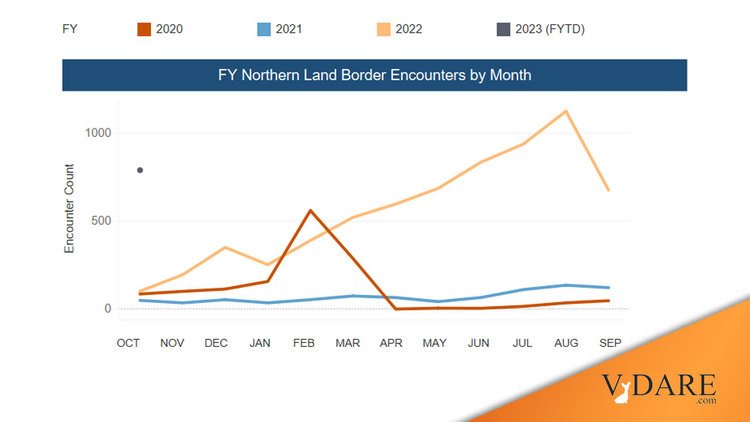 Illegals Opening Another Invasion Front On The Northern Border

Two recent tweets from the border chief in the Swanton Border Sector in Vermont suggest that illegal aliens are opening another invasion front on the Northern border with Canada. And data from U.S. Customs and Border Protection bear that out. Encounters with border agents increased more than 300 percent from fiscal 2021 to 2022.

And yesterday, he explained that illegals are bringing children across the border in freezing weather.

Following a 911 call for help in freezing temperatures, Border Patrol agents encountered 6 people near Troy, Vermont. 4 were children under the age of 5. Thankfully, everyone was quickly located & brought to safety. This is NOT a safe or acceptable way to enter the United States. pic.twitter.com/DSTYkm3pxw 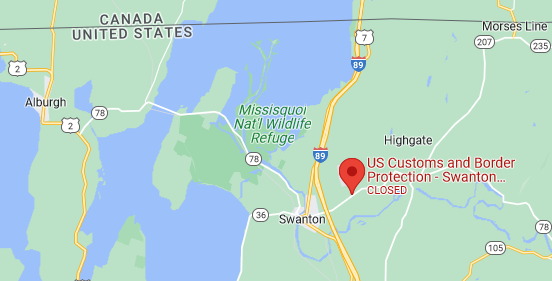 Already in fiscal 2023, which began October 1, agents have encountered 15,938 illegals. 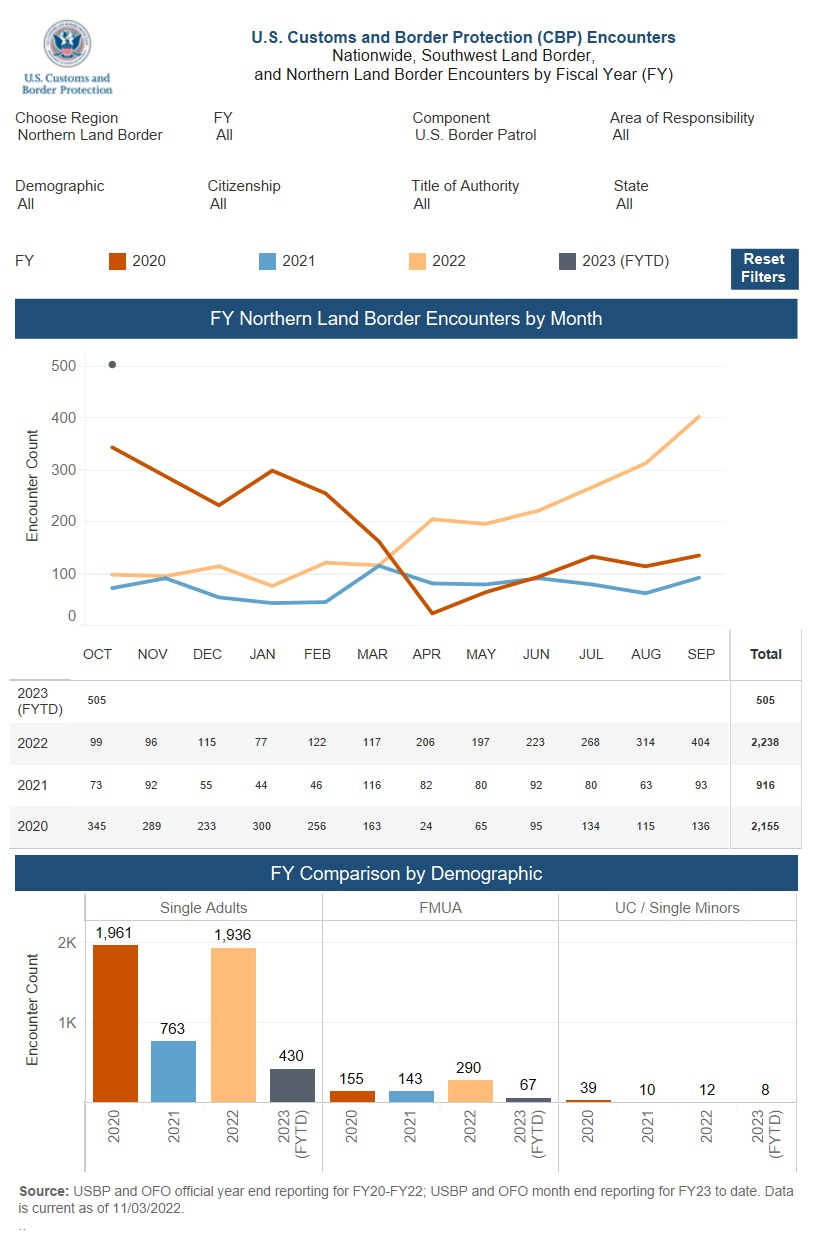 Their countries of origin run the gamut, but the biggest contributor is India: 17,331, a 679 percent increase over fiscal ’21. 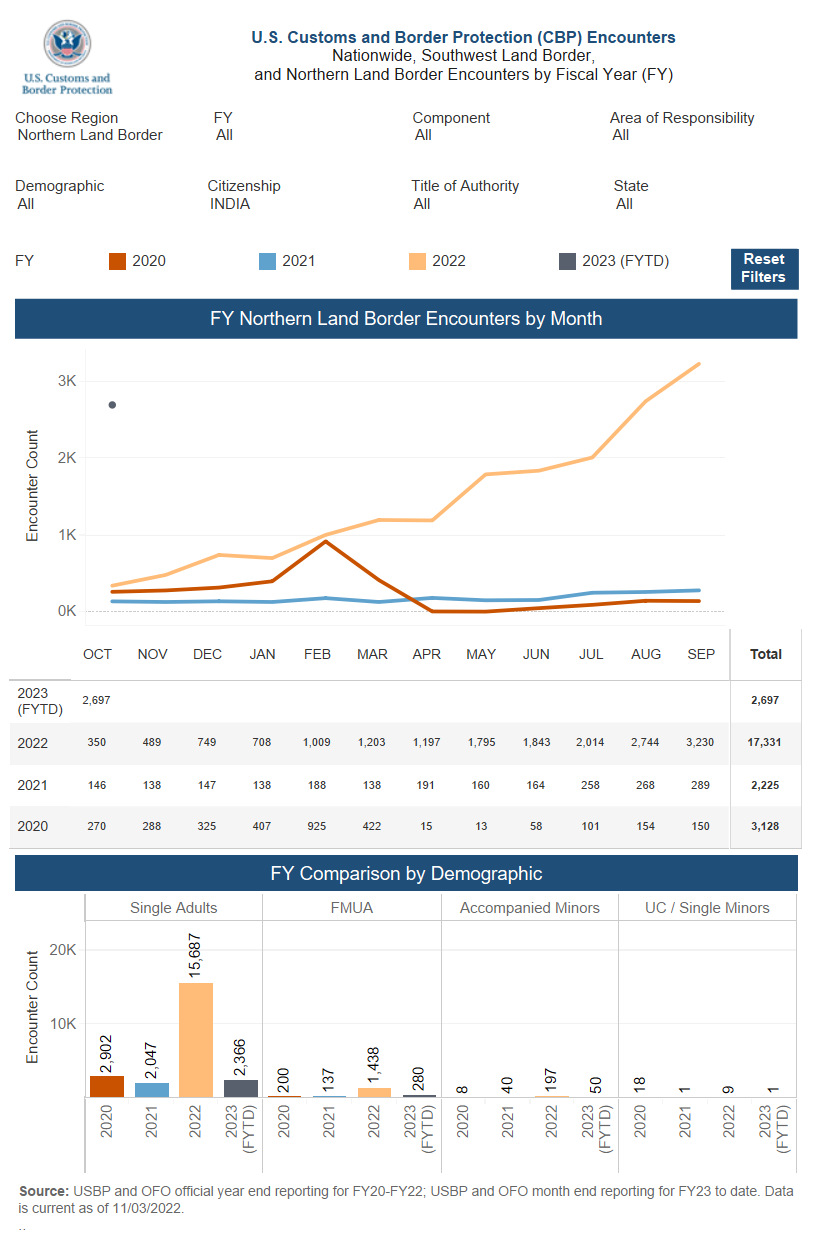 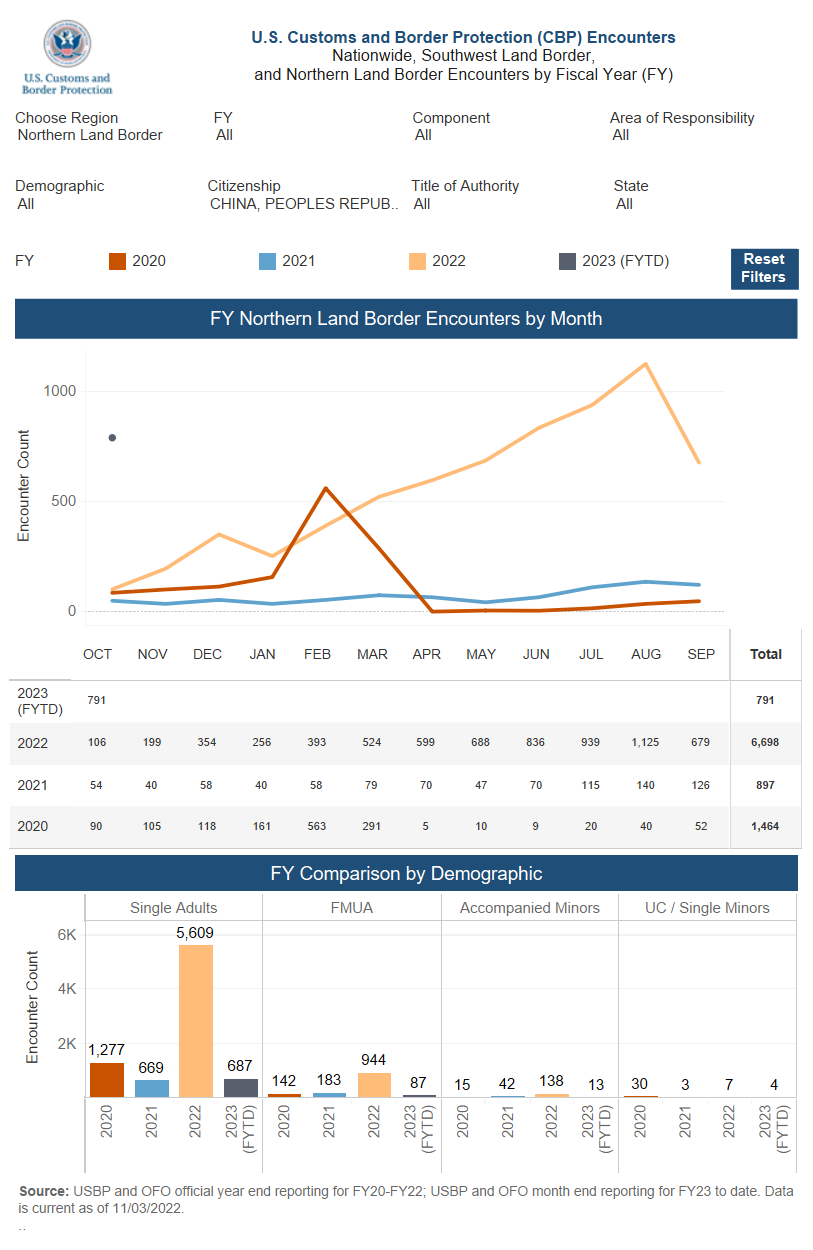 Granted, almost all the illegals at the Northern Border showed up at ports of entry; border agents caught just 2,238 who tried to sneak into the country. But that figure is a 144 percent increase over fiscal ’21.

And now we know that illegals aren’t just perfectly happy to watch their kids die of sunstroke and heat exhaustion in the desert. They don’t mind them freezing to death, either. 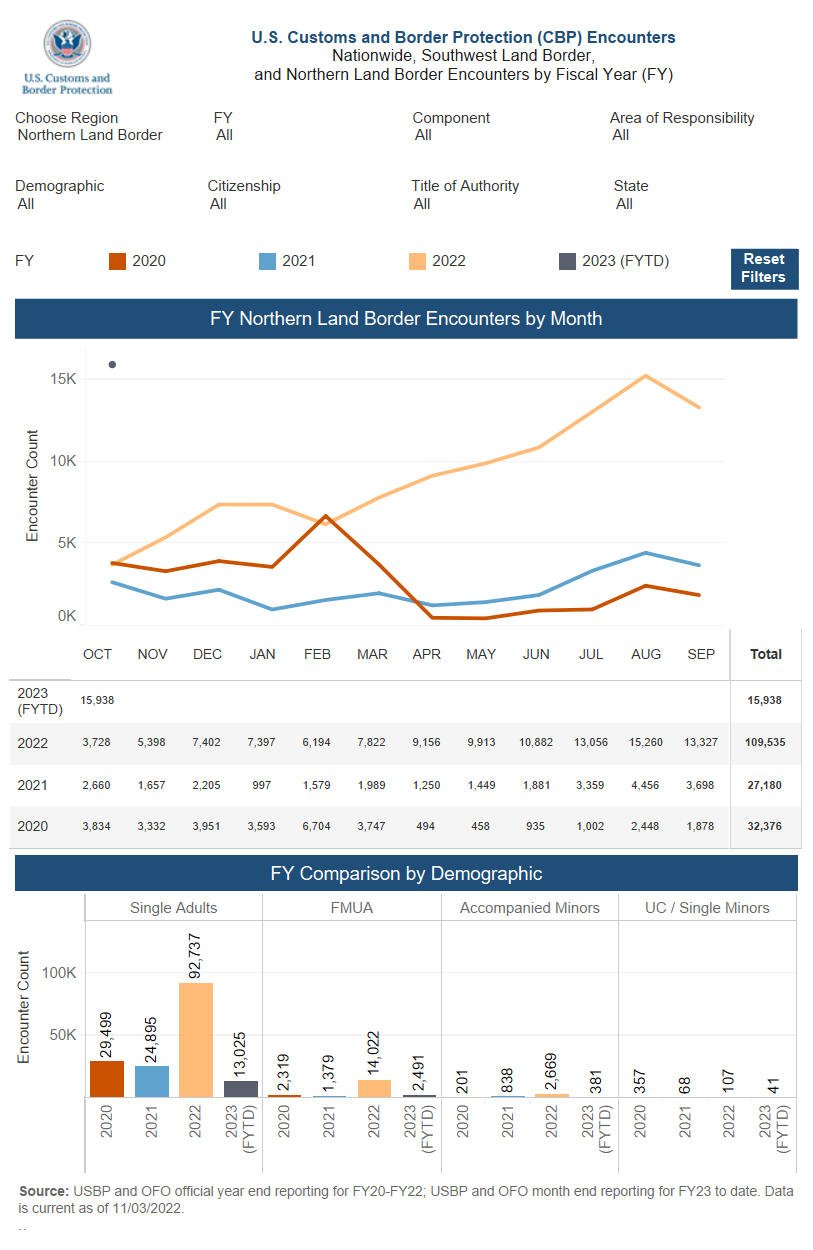