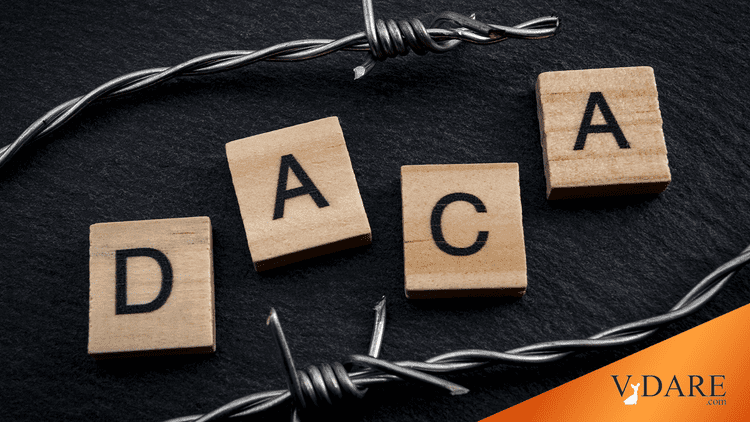 Illegal aliens are continuing to be found registered to vote. This time it is illegal aliens who benefited from the Obama Regime Administrative Amnesty.  Hundreds of Deferred Action on Childhood Arrivals (DACA) recipients have registered to vote in North Carolina.  Of course, this is undoubtedly manifest throughout the United States.

With the North Carolina U.S. Senate race in a dead heta, state election officials say they have discovered 145 names on the voting rolls who are ineligible to vote because they are illegal immigrants who have been granted President Obama’s Deferred Action for Childhood Arrivals status.

According to a Winston-Salem Journal report, the State Board of Elections discovered the potential illegal voters Tuesday night when the N.C. Division of Motor Vehicles ran a search for DACA licenses.

The 145 DACA recipients whose names appear on the SBOE’s voting rolls will be sent letters requesting documentation that they are citizens, the report noted.

The real problem is that though DACA recipients remain illegal aliens, they have been authorized to receive driver's licenses in violation of Title 8 United States Code, Section 1324, Bringing In and Harboring Illegal Aliens.

DACA beneficiaries in North Carolina are able to obtain drivers licenses, but they are not able to vote.

But it is even worse:

According to the report, earlier this month the SBOE officials did a sample cross-check of 1,600 of the 10,000 “legally present” names against a Department of Homeland Security database and found that 94 percent were U.S. citizens and eligible to vote. However, that still meant that six percent were ineligible, meaning if the ratio held for the whole 10,000, 600 people would be ineligible.

Mike Charbonneau, a DMV spokesman, told the Journal that it is now cross checking all the names.

While the officials work to cross check names, early voting is set to start in the state Thursday.

Also missing is U.S. Immigration and Customs Enforcement Special Victims Unit, which has not arrested any of these aliens who registered to vote illegally and made a false claim to U.S. citizenship when they registered to vote.

It is clear that vote fraud by DACA and other illegal aliens is part of the plan of Cultural Marxists to elect a new people.