If Only Google Were Diverse, Its Market Cap Would be One Googol Dollars! 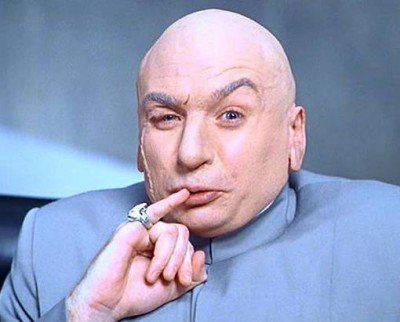 Google, like many tech companies, is a man’s world.

Founded by a pair of men, its executive team is overwhelmingly male, and its work force is dominated by men. Over all, seven out of 10 people who work at Google are male.

Men make up 83 percent of Google’s engineering employees and 79 percent of its managers. In a report to the Equal Employment Opportunity Commission last year, Google said that of its 36 executives and highest-ranking managers, just three are women.

Google’s leaders say they are unhappy about the firm’s poor gender diversity, and about the severe underrepresentation of blacks and Hispanics among its work force.

And so they are undertaking a long-term effort to improve these numbers, the centerpiece of which is a series of workshops aimed at making Google’s culture more accepting of diversity.

Just try to imagine how much more successful Google would be if they were diverse. Instead of Google achieving in its decade and a half of existence a market capitalization of merely $588 billion, a Google where Women of Color made up a plurality of its engineers would be worth trillions of dollars, if not googols!

There’s just one problem: The company has no solid evidence that the workshops, or many of its other efforts to improve diversity, are actually working.

In some ways Google’s plan to fix its own diversity issues resembles many of its most ambitious product ideas, from self-driving cars to wiring the country for superfast Internet. 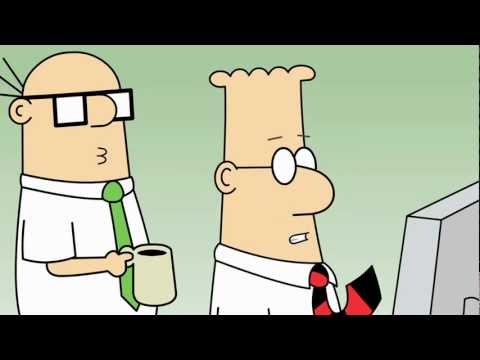 As in those efforts, it has set a high goal in this case: to fight deep-set cultural biases and an insidious frat-house attitude that pervades the tech business. Tech luminaries make sexist comments so often that it has ceased to become news when they do.

Google is attacking the problem with its considerable resources and creativity. But it does not have a timeline for when the company’s work force might become representative of the population, or whether it will ever get there.

“I think it’s terrific that they’re doing this,” said Freada Kapor Klein, an entrepreneur who has long studied workplace diversity, and who is the co-chairwoman of Kapor Center for Social Impact.

From Wikipedia, a pretty funny bio of this self-made woman:

Freada Kapor Klein, Ph.D. (born 1952) is an entrepreneur, activist in the fields of organizational development and human resources and diversity consulting. Klein also frequently served as an expert witness on gender discrimination and sexual harassment. …

In 2001, she founded the Level Playing Field Institute, a non-profit which promotes innovative approaches to fairness in higher education and workplaces, especially by removing barriers to full participation by underrepresented people of color in science, technology, engineering, and mathematics.[1][5] …

Kapor Klein’s for-profit and non-profit endeavors include the design and execution of several landmark studies, including: an annual survey of quality of worklife issues in Internet start-ups, a survey of Fortune 500 manufacturing and service firms to determine the effectiveness of corporate efforts to address sexual harassment, a survey of gender bias and sexual harassment experienced by Massachusetts physicians and medical students, survey projects for the United Nations and World Bank on various forms of harassment, and a national representative survey of U.S. employers and employees on their perceptions of fairness in the workplace.

Kapor Klein and her husband, Mitchell Kapor, live in San Francisco, California.[5] Her husband founded Lotus Development, where Kapor Klein had once run the human resources department, but their relationship did not begin until nine years after she left Lotus.

“But it’s going to be important that Google not just give a lecture about the science, but that there be active strategies on how to mitigate bias. A one-shot intervention against a lifetime of biased messages is unlikely to be successful.”

Google says its plan isn’t one-shot. It points out that it has been trying to improve its diversity for years by sponsoring programs to increase the number of women and minorities who go into tech, and meticulously studying how it hires people in an effort to reduce bias.

In May after pressure from civil rights leaders, the company published a report documenting the sex and race of its employees “to be candid about the issues,” Laszlo Bock, Google’s executive in charge of human resources, wrote at the time. …

Google’s diversity training workshops, which began last year and which more than half of Google’s nearly 49,000 employees have already attended,

If I’m reading this correctly, Google, one of the richest companies in the world, didn’t bother holding diversity training workshops until 2013. In contrast, I know a Los Angeles Fire Department chief who flew into Louisiana on Labor Day Weekend 2005 to rescue Hurricane Katrina victims from drowning, but when he arrived he first had to sit through a 2 hour workshop on sexual harassment and diversity awareness before they’d let him climb into a boat and start saving people.

are based on an emerging field of research in social psychology known as unconscious bias. These are the hidden, reflexive preferences that shape most people’s worldviews, and that can profoundly affect how welcoming and open a workplace is to different people and ideas.

Google’s interest in hidden biases was sparked in 2012, when Mr. Bock read an article in The New York Times about a study that showed systematic discrimination against female applicants for scientific jobs in academia. The effect was so pervasive that researchers theorized that the discrimination must be governed by unconscious cultural biases rather than overt sexism.

Mr. Bock wondered how such unconscious biases were playing out at Google. “This is a pretty genteel environment, and you don’t usually see outright manifestations of bias,” he said. “Occasionally you’ll have some idiot do something stupid and hurtful, and I like to fire those people.”

But Mr. Bock suspected that the more pernicious bias was most likely pervasive and hidden, a deep-set part of the culture rather than the work of a few loudmouth sexists.

Improving diversity wasn’t just a feel-good goal for Google. Citing research that shows diverse teams can be more creative than homogeneous ones, Mr. Bock argued that a diverse work force could be good for Google’s business. Could Google investigate how biases were affecting people’s work — and, more important, could it change its own culture?

Google’s human resources group, which goes by the name People Operations, functions like a graduate school research lab, with staff scientists who are constantly analyzing the company’s internal operations.

Mr. Bock asked one of these researchers, Brian Welle, to begin a project on hidden biases. After a few months, Dr. Welle came up with a 90-minute lecture targeted specifically to a skeptical, scientifically minded Google employee.

The lecture begins with a dismal fact: Everyone is a little bit racist or sexist. If you think you’re immune, take the Implicit Association Test, which empirically measures people’s biases. Dr. Welle goes on to explain that some of the most damaging bias is unconscious; people do the worst stuff without meaning to, or even recognizing that they’re being influenced by their preferences.

The effect of bias is powerful, and it isn’t softened by Silicon Valley’s supposedly meritocratic culture. In the lecture, Dr. Welle shows a computer simulation of how a systematic 1 percent bias against women in performance evaluation scores can trickle up through the ranks, leading to a severe underrepresentation of women in management.

Finally, Dr. Welle points to research showing that we aren’t slaves to our hidden biases. The more we make ourselves aware of the role our unconscious plays on our decision-making, and the more we try to force others to confront their biases, the greater the chance we have to overcome our hidden preferences.

Google offered several anecdotes that seem to indicate a less biased culture as a result of the training. Not long ago the company opened a new building, and someone spotted that all the conference rooms were named after male scientists; in the past, that might have gone unmentioned, but this time the names were changed. …