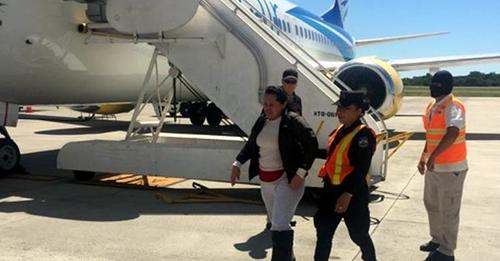 All five were flown on an ICE Air Operations charter flight from the George Bush Intercontinental Airport in Houston, Texas, to the Monseñor Óscar Arnulfo Romero International Airport in San Salvador, El Salvador. Upon arrival in El Salvador, all five fugitives were presented to the Policia Nacional Civil (PNC) for arrest.

Identifying and removing foreign fugitives from the United States is an ICE priority. ICE removed or returned 226,119 aliens in fiscal year 2017. The proportion of FY17 removals resulting from ICE arrests increased by nearly 10 percent over the previous fiscal year, and the number of ICE interior removals in FY17 increased by over 15,000 from FY16.