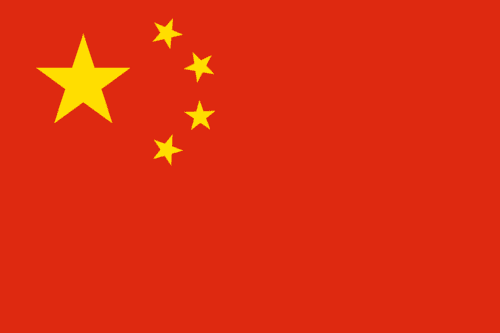 A Chinese national who pleaded guilty to participating in a scheme that illegally exported sensitive space communications technology to China was sentenced today to serve 46 months in federal prison.

Si Chen, 33, a Pomona resident who has been in custody since her arrest in May 2017, was sentenced by U.S. District Judge Cormac J. Carney.

The investigation in this case was conducted by U.S. Immigration and Customs Enforcement’s (ICE) Homeland Security Investigations (HSI), the U.S. Department of Commerce’s Office of Export Enforcement, and the Defense Criminal Investigative Service.

Chen, who used various aliases, included “Cathy Chen,” pleaded guilty in July to conspiracy to violate the International Emergency Economic Powers Act (IEEPA), which controls and restricts the export of certain goods and technology from the United States to foreign nations. Chen also pleaded guilty to money laundering and using a forged passport with her photo but a different name that appeared to have been issued by the People’s Republic of China.

“This defendant knowingly participated in a plot to secretly send items with military applications to China,” said Nick Hanna, U.S. Attorney for the Central District of California. “The smuggled items could be used in a number of damaging ways, including in equipment that could jam our satellite communications. We will aggressively target all persons who provide foreign agents with technology in violation of U.S. law.”

According to court documents, from March 2013 through the end of 2015, Chen purchased and smuggled sensitive items to China without obtaining licenses from the U.S. Department of Commerce that are required under IEEPA. Those items included components commonly used in military communications “jammers.” Additionally, Chen smuggled communications devices worth more than $100,000 that are commonly used in space communications applications. Chen falsely under-valued the items on the shipping paperwork to avoid arousing suspicion. Chen received payments for the illegally exported products through an account held at a bank in China by a family member.

Under IEEPA, it is crime to willfully export or attempt to export items that appear on the Commerce Control List without a license from the U.S. Department of Commerce. These are items authorities have determined could be detrimental to regional stability and national security.

“The export of sensitive technology items to China or anywhere else in the world is tightly regulated for good reason,” said Joseph Macias, Special Agent in Charge for Homeland Security Investigations (HSI) Los Angeles. “One of HSI’s top enforcement priorities is preventing U.S. military products and sensitive technology from falling into the hands of those who might seek to harm America or its interests. We will continue to work closely with its law enforcement partners to aggressively target and investigate those who jeopardize our nation’s security – or the welfare of those devoted to protecting it.”

In addition to participating in the scheme to violate IEEPA, Chen used several aliases and a forged Chinese passport to conceal her smuggling activities. Chen used a Chinese passport bearing her photo and a false name – “Chunping Ji” – to rent an office in Pomona where she took delivery of the export-controlled items. After receiving the goods, Chen shipped the devices to Hong Kong, and from there the items were transshipped to China. The parcels shipped to Hong Kong bore her false name, along with false product descriptions and monetary values, all done in an effort to avoid attracting law enforcement scrutiny.

“Today’s sentencing is the result of outstanding collaborative investigative work by the Office of Export Enforcement and its law enforcement partners to prevent the illegal shipment of sophisticated U.S.-origin technology. We will continue to pursue violators wherever they may be,” said Richard Weir, Special Agent in Charge of the U.S. Department of Commerce, Bureau of Industry and Security, Office of Export Enforcement, Los Angeles Field Office.

“Today’s sentencing of Chen demonstrates the Defense Criminal Investigative Service’s unwavering commitment to protect our country from those who would do harm,” said Chris Hendrickson, Special Agent in Charge, DCIS Western Field Office. “DCIS, along with our federal law enforcement partners, will relentlessly pursue those who put our military at risk by illegally exporting protected military assets and sensitive technology to bad actors.”

The case against Chen is being prosecuted by Assistant U.S. Attorney Judith A. Heinz of the National Security Division.