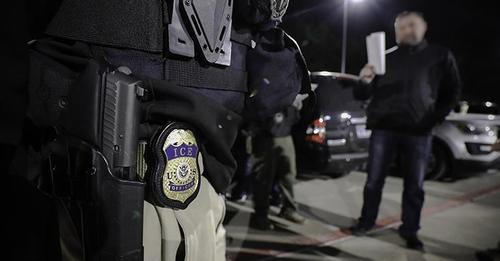 A Colorado man was sentenced Thursday to serve 20 years in federal prison, followed by 20 years on supervised release, for producing child pornography.

Alexander Isaiah Perez, 22, of Metro Denver, appeared at the sentencing hearing in custody and was remanded at its conclusion. This sentence was handed down by Chief U.S. District Court Judge Marcia S. Krieger.

According to the stipulated facts contained in the defendant’s plea agreement, on May 25, 2017, the HSI Cyber Crime Center (C3) Child Exploitation Investigations Unit (CEIU) received information from the Interpol Specialist Group on Crimes Against Children regarding a series of images depicting the sexual exploitation of a minor male, later identified as Minor #1, that had been posted on an internet bulletin board. HSI C3 CEIU took additional investigative steps and forwarded the investigative information received from Interpol and the results of its investigation to HSI Denver.

The information relayed by Interpol to HSI C3 CEIU reflects that sexually explicit images depicting Minor #1 had been posted by multiple users on “The Bulletin Board” located on an anonymous network known as “The Onion Router” or Tor. Tor was originally designed, implemented and deployed as a project of the U.S. Naval Research Laboratory for the primary purpose of protecting government communications. Numerous images of Minor #1 were recovered from The Bulletin Board.

During this investigation, agents identified another photograph of Perez taken by the same digital camera that was used to take images posted on The Bulletin Board. Additional images of the defendant were posted on his social networking accounts. Agents determined from one of the Perez’s Facebook accounts that he took a job as a summer camp counselor in Colorado. A search warrant executed at the camp resulted in the seizure of the digital camera identified during the investigation, as well as a laptop computer and an iPhone, all belonging to Perez. The investigation revealed that Perez both took pictures of and live-streamed him sexually abusing Minor #1. The sexually explicit conduct occurred in the December 2014 to January 2015 time frame.

This matter was investigated by HSI Denver, as well as Interpol.

Because there is no parole in the federal system, the "truth in sentencing" guidelines mandate that Perez will likely serve all the time imposed by the court. In the federal system, Perez can earn a sentence reduction for "good behavior." However, this reduction cannot exceed 15 percent of the overall sentence.

This investigation was conducted under HSI’s Operation Predator, an international initiative to protect children from sexual predators. Since the launch of Operation Predator in 2003, HSI has arrested more than 16,000 individuals for crimes against children, including the production and distribution of online child pornography, traveling overseas for sex with minors, and sex trafficking of children. In fiscal year 2016, more than 2,600 child predators were arrested by HSI special agents under this initiative and more than 800 victims identified or rescued.