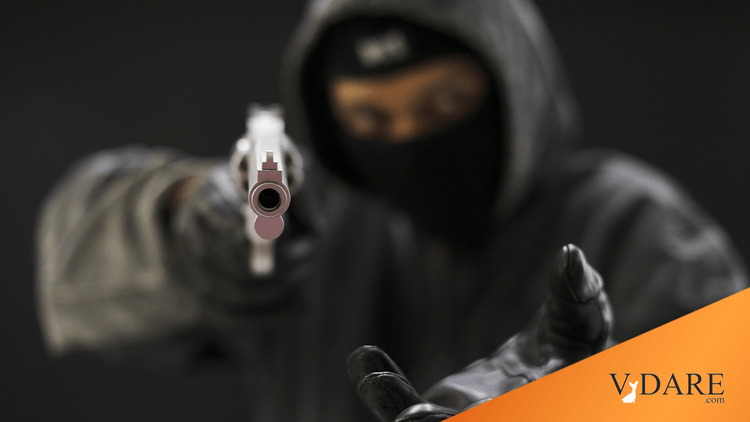 How Much Of The 53% Murder Surge Is Due To Masks?

How much has mask-wearing contributed to the huge increase in mayhem since Memorial Day?

The NYT reported on criminologist Richard Rosenfeld’s study of 20 cities: in June-August, murders were 53% higher in 2020 than in 2019. Obviously, a lot of that is due to the hyper-Ferguson effect of the media-declared Racial Reckoning: Rosenfeld finds a “structural break” in late May: i.e., the Death of George Floyd.

But what about the effect of having masked men everywhere?