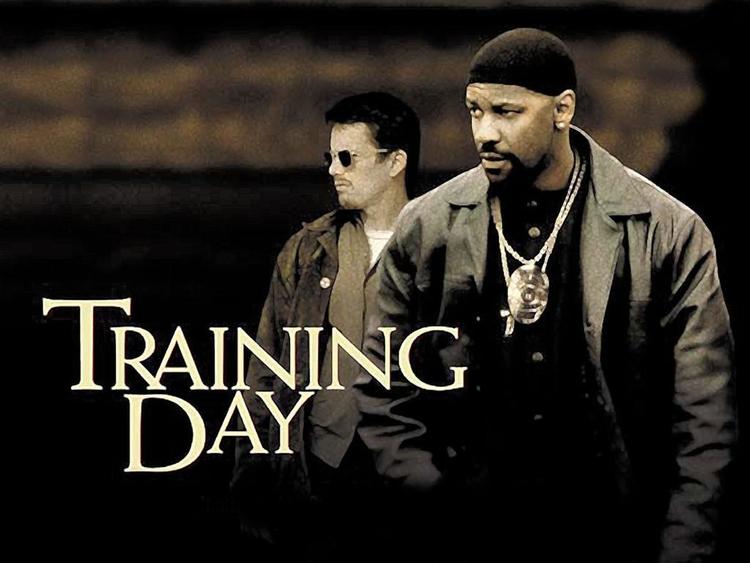 There has been a lot of talk in the news media about how Christopher Dorner's rampage is more or less payback for the bad old days of racism in the LAPD, as exemplified by Dorner's complaints about Rodney King and the Rampart Scandal.

The Rampart Scandal was a huge whoop-tee-doo in the late 1990s that's a good example of how even Hollywood can be less prone to throwing all the facts into the Narrative Blender than the news media. The Los Angeles Times was much celebrated for epic reporting on racism in the Rampart Division, but mostly they just covered up that the four central very bad cops in Rampart were all diversity hires. Indeed, the Big Bad Four had intriguing connections of some sort to the legendary murders going on among famous gangsta rappers.

You might think that exploring the ties between rogue cops and some of the most notorious murders of the 1990s (Biggie and Tupac) would be a good way to sell newspapers, but selling newspapers has long been a lower priority than Shaping the Narrative.

The key figure in Rampart was Puerto Rico-born Rafael Perez, who got himself a short sentence by spilling (or concocting) the beans on dozens of other cops for minor stuff. This suited the LAT's agenda, even though it turned out in court to not amount to a hill of beans.
Oddly, enough, screenwriters saw through the L.A. Times' bias and did a better job of conveying the essence of the story in movies like Training Day, for which Denzel Washington won an Oscar as a bad cop. From my 2001 review of Training Day:

Further, how common are "gangsta cops" in reality? I called one of the LAPD's most prominent critics, "police misconduct" lawyer Winston Kevin McKesson, a protégé of superstar attorney Johnnie Cochran. He remarked that the plot "seems a bit over the top." McKesson said he's sued many cops for excessive force, but of those he's sued, none were "a complete crook."

McKesson, though, has defended one cop who might indeed fit that description: Rafael Perez. When his theft of a million dollars worth of cocaine from the police evidence locker was finally uncovered, Perez, to win a reduced sentence, incriminated 70 fellow officers in his elite anti-gang unit. Yet, Perez ended up admitting that a large fraction of the worst abuses at Rampart - such as an attempted murder - were his own work, making him look less like a whistleblower and more like Rampart's criminal kingpin.

Even though Ayer wrote the first draft of his script before the Rampart scandal broke, McKesson noted that there are now "striking similarities" between the character portrayed by Washington and his client Perez. For example, both are black and bilingual, even though McKesson estimates that only three or four out of about 1,000 black LAPD officers can speak Spanish.

Similarly, the Best Picture winner Crash was an oblique reference to Perez's running amok when assigned to Rampart's C.R.A.S.H. anti-gang program and instead using his badge to become a gangster. Thus, the scene where a white cop shoots a black undercover cop dead and the politicians offer Don Cheadle a promotion, but then Cheadle opens the trunk of the dead cop's car and finds $300,000 in cash—that happened. (It may be connected, somehow or other, to the deaths of rappers Tupac Shakur and Biggie. Screenwriters have been fascinated and frightened by this murky chain of events for 15 years.)

Finally, the lead villain in the videogame Grand Theft Auto: San Andreas, Frank Tenpenny, is modeled on this line of cultural inheritance.

So, why can't journalists fictionalize no more than screenwriters?