How Many American Indians in 1491?

A question that has long interested me is how many American Indians were living within the boundaries of the current 48 contiguous states in 1491.

Judging from the number of pre-Columbian tourist attraction ruins left behind in Mexico and Peru, there were many millions living to the south. Mexico, for instance, is full of pyramids beyond the well-known ones at Teotihuacan and Chichen Itza. 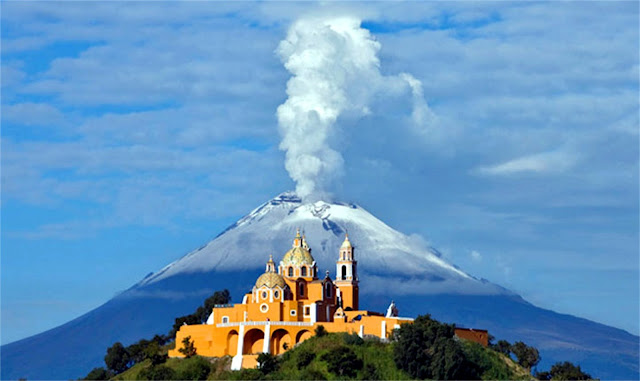 This looks like a church on top of a hill, but the church is really on top of the now dirt-covered Great Pyramid of Cholula in east-central Mexico, which appears to be twice the volume of the biggest Egyptian pyramid : 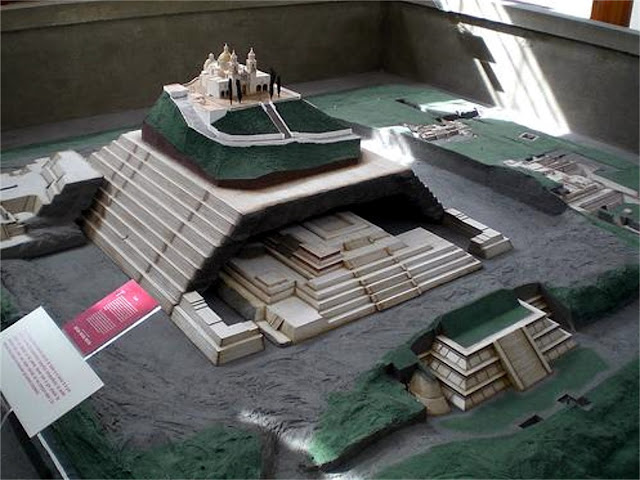 Model of Great Pyramid of Cholula near Pueblo, Mexico

But what about the U.S.? There are distinctly fewer tourist attraction ruins. Maybe American Indians made stuff out of wood or mud instead of stone? Or maybe they didn’t feel the urge as much to listen to the big bossman ordering them to lug stuff to build a giant platform?

The Southwest has some American Indian urbanization ruins left over, so here’s an interesting press release from Washington State:

PULLMAN, Wash.—Washington State University researchers have sketched out one of the greatest baby booms in North American history, a centuries-long “growth blip” among southwestern Native Americans between 500 and 1300 A.D. …

A crash followed, said Tim Kohler, WSU Regents professor of anthropology, offering a warning sign to the modern world about the dangers of overpopulation. …

Funded by the National Science Foundation, the study looks at the data from thousands of human remains found over the past century at hundreds of sites across the Four Corners region of the Southwest. …

Maize, which we know as corn, was grown in the region as early as 2000 B.C. At first, populations were slow to respond, probably because of low productivity, said Kohler.

It takes a lot of selective breeding to adapt corn from Mexico to the shorter growing seasons of northern latitudes.

Crude birth rates—the number of newborns per 1,000 people per year—were by then on the rise, mounting steadily until about 500 A.D.

The growth varied across the region. People in the Sonoran Desert and Tonto Basin, in what is today Arizona, were more culturally advanced, with irrigation, ball courts and eventually elevated platform mounds and compounds housing elite families. Yet birth rates were higher among people to the north and east, in the San Juan basin and northern San Juan regions of northwest New Mexico and southwest Colorado.

Lots of rain in the San Juans. My wife’s nephew is on his way there to go fishing.

Around 900 A.D., populations remained high but birth rates began to fluctuate. The mid-1100s saw one of the largest known droughts in the Southwest. The region likely hit its carrying capacity, with continued population growth and limited resources similar to what Thomas Malthus predicted for the industrial world in 1798.

From the mid-1000s to 1280—by which time all the farmers had left—conflicts raged across the northern Southwest but birth rates remained high.

“They didn’t slow down—birth rates were expanding right up to the depopulation,” said Kohler. “Why not limit growth? Maybe groups needed to be big to protect their villages and fields.

“It was a trap,” he said. “A Malthusian trap but also a violence trap.”

The northern Southwest had as many as 40,000 people in the mid-1200s, but within 30 years it was empty, leaving a mystery that has consumed several archaeological careers, including Kohler’s.

40,000 is a substantial number (the Four Corners region isn’t densely populated even today), but it’s not a Mexico or Peru-sized number either. And, it didn’t seem terribly sustainable.