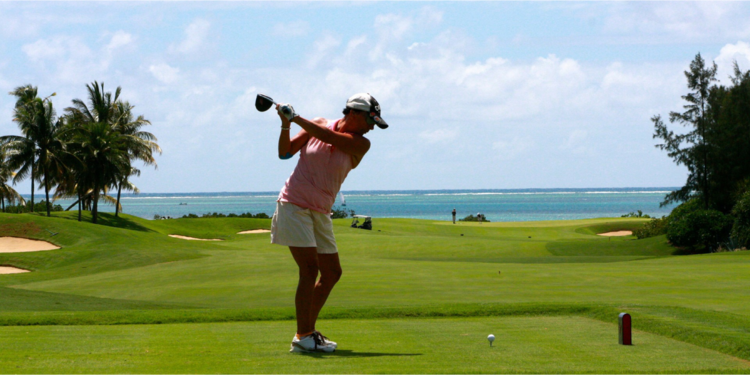 How Good Is The Best Woman At Golf?

A decade ago, Annika Sorenstam was doing a lot of weightlifting*, and pulled away from other women golfers, becoming probably the best woman golfer ever for a few years. So, she entered the men's PGA tournament at Colonial in 2003 to a din of publicity. In the weeks leading up to that event, I collected a ton of data on the difficulty ratings of the courses that the PGA and LPGA play to provide an objective metric, and I announced:

So, I predict that if Sorenstam plays this week the way she's played in the rest of 2003, she'll miss the cut by four strokes.

And that's exactly what happened: she missed the cut to play on the weekend by four strokes. Out of 113 entrants, she outperformed 13 men, tied four, and finished behind 93. A highly respectable performance, but not up to Phil Mickelson's prediction (that she'd finish 20th — although I'm guessing that was gamesmanship on the part of Phil, who is a sly devil) or Thomas Boswell's assertion that if she played the PGA regularly, she'd make the cut half the time and win a couple of events during her career. But, she beat the Vegas over-under line by eight strokes over two rounds.

Of course, I was very lucky that she played in those two rounds about as well as she had been playing all year. Still, it was a pretty level-headed prediction. Sorenstam seems to have felt she'd given it a good shot, and didn't try it again.

I wanted to bring this up because prediction is widely recognized as crucial to science. On the other hand, one of my two or three most important contributions to the philosophy science is the idea that people tend to be more interested in those future events that are hardest to predict: e.g., will this stock outperform the market?  When thinking about the kind of things that people get most fascinated by, such as which NFL teams will beat the point spread on Sunday, the phrase "dart-throwing monkey" comes to mind. In contrast, most of the things that are pretty predictable, like test scores for large groups, bring to mind the phrase "boring and depressing."

In contrast, Sorenstam's entrance in that PGA tournament was the kind of novel event that is interesting to predict as a test of one's model of the world and struck the public, briefly, as not boring and depressing.

————-
* By the way, I was attacked by the SPLC for noticing that Sorenstam, at her peak, had bulked up from weightlifting:

Sailer's website is rife with primitive stereotypes. On it, Sailer mocks professional golfer Annika Sorenstam for having well-developed muscles ...

What I actually said in my prediction article was, in the course of comparing her scoring proficiency to that of Corey Pavin:


Pavin is listed at 5'-9" and 155 pounds. The 32-year-old Sorenstam is 5'-6". She used to be listed at 130 pounds, but has clearly added a lot of muscle mass over the last two years. Now, she has that distinctive characteristic of a bodybuilder: her forearms no longer hang down along her sides because her upper arms are so muscular. Think of how Saturday Night Live's Dana Carvey and Kevin Nelon held their arms away from their sides while playing Hans and Franz, their Schwarzenegger-type "Ve vill pump you up!" muscle heads. (No doubt some male pros think she's been augmenting her weightlifting with steroids or human growth hormone, but there's no specific evidence for that at all.)