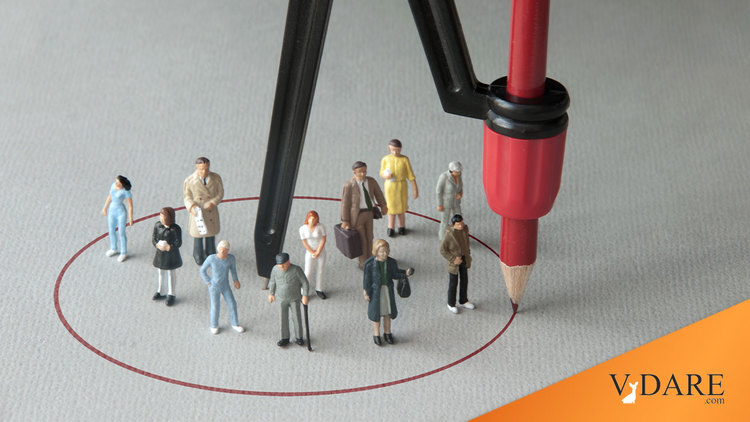 How Close Is The US To Herd Immunity?

From the Journal of the American Medical Association:

Estimated US Infection- and Vaccine-Induced SARS-CoV-2 Seroprevalence Based on Blood Donations, July 2020-May 2021

Question: Based on blood donations in the US from July 2020 through May 2021, how did infection- and vaccine-induced SARS-CoV-2 seroprevalence vary over time by demographic group and by geographic region?

Findings: In this repeated cross-sectional study that included 1 443 519 blood donation specimens from a catchment area representing 74% of the US population, estimated SARS-CoV-2 seroprevalence weighted for differences between the study sample and general population increased from 3.5% in July 2020 to 20.2% for infection-induced antibodies

We don’t know how representative blood donors are at avoiding contracting covid. I wouldn’t be surprised if they were better than average, which would mean the national percentage for infections is higher than 20%.

Because blacks are at all times the helpless victims of Systemic Racism, almost nobody ever gives them credit when they do improve their behavior. Blacks got much better over the course of 2020 at avoiding getting infected with covid compared with Hispanics, but the media hasn’t noticed.

The row of numbers in the middle is official covid case counts reported by the CDC, while the row of numbers toward the bottom is the ratio of infection seroprevalence to official case counts. In July 2020, the CDC was counting 1/3.1 of all cases, but with more and better testing, by May 2021, that had fallen to 1/2.1.

For some reason, they aren’t telling us what percentage of vaccinated were also infected. I guess that vaccinations provide a subset of antibodies found in infected people but no unique antibodies, so they can’t count how many people, such as Donald Trump, got both an infection and a vaccination.

Fourth, vaccine-induced seroprevalence might be higher in blood donors than in the general population. For May 2021, among donations from donors with a known vaccine history, 73.3% were from donors who self-reported receiving a previous COVID-19 vaccine, compared with CDC estimates that 57.0% of US adults aged 18 years and older had received 1 dose or more of vaccine by May 2021. Blood donors are more likely than the general US population to be employed and have attended college, factors potentially associated with increased rates of vaccination and lower rates of infection. …

In estimating 83% combined (infection-induced and vaccine-induced) seroprevalence, try to adjust for the whiter and more middle-aged demographics of blood donors to match up with the demographics of the whole country. If 73% of blood donors were vaccinated by 5/31/21 vs. 57% of all adults, that might suggest that combined seroprevalence for the whole country was 16 points lower than the 83% found among donors, or, say, 67% of adults.

Ninth, children aged younger than 16 years cannot donate blood and were not included in this study.

Tenth, the findings in this analysis predate the surge in SARS-CoV-2 infection in the US related to transmission of the Delta variant.

A few months ago, 67% with antibodies from infection or vaccination would have sounded pretty close to herd immunity, especially since both methods seemed to be over 90% efficacious.

But then along came the more infectious Delta variant, raising the herd immunity threshold, and reducing the efficacy of at least the vaccines and perhaps also infection. And the antibodies, especially from vaccines, seem to fade pretty quickly.

So, it could be that we’ll never get to herd immunity.

On the other hand, this latest Delta wave, while nasty, seems to be fading where it first struck. For example, here’s the state of Missouri, which was where Delta seemed to get roaring first in the late spring: