From the sanctuary city of Houston: Shatavia Anderson, a 14-year-old girl, was shot in the back and killed by a Salvadoran illegal alien and his Honduran associate, apparently just to rob her. 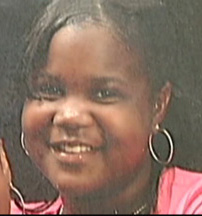 The suspect in the fatal shooting of a 14-year-old Houston girl was an illegal immigrant from El Salvador who previously was deported twice by immigration officials, authorities said.

Melvin Alvarado, 22, was convicted of two separate intoxicated driving offenses in Harris County in 2006 and 2007, criminal records show. He was sentenced to 60 days in jail in connection with the last arrest in November 2007.

Gregory Palmore, an Immigration and Customs Enforcement spokesman, said immigration officials removed Alvarado from the country in April 2008 and again in May 2009.

Palmore said it was unclear from his records whether Alvarado was picked up directly from Harris County Jail after the last intoxicated driving conviction.

The second suspect in the fatal shooting of Shatavia Anderson on Saturday, Jonathan Lopez-Torres, 18, was a lawful permanent resident from Honduras, Palmore said. Harris County records show Lopez-Torres was arrested and accused of auto theft in February 2009. That charge was later dismissed.