HOTEL SCARFACE And The Economics of Immigration

Respectable economists don’t pay much attention to the subject of immigration, but when they do they bring up a study David Card did long ago that PROVED that immigration doesn’t lower wages. You see, in May 1980 there was a sudden influx of Cuban refugees into Miami in the Mariel Boatlift. Professor Card compared what happened to wages in Miami from 1980 to 1984 to wages over the same period in four other American cities whose economic trajectories had been similar to Miami’s before 1980. He didn’t see much difference between wages in Miami in 1980-84 and the other cities, so assuming ceteris paribus, therefore the Law of Supply and Demand must not apply to immigration. 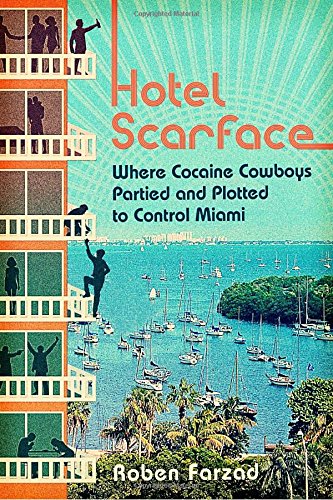 But as I’ve been pointing out for many years, Miami from 1980 to 1984 was famously unlike its own past or any city this side of the Medellin Peninsula. Something was going on that was injecting vast amounts of money into the Miami economy in the early 1980s. This is not a particularly obscure bit of trivia in economic history, either. For example, from the New York Times today:

Miami During the Cocaine Boom

For anyone who lived through the 1980s, the television series “Miami Vice” is the pastel-shaded, music-driven, drug-saturated image of the city forever seared into memory. At the center of this action in real life was the Mutiny at Sailboat Bay, a hotel and club in the city’s Coconut Grove neighborhood. Roben Farzad, whose family immigrated to the United States from Iran after he was born, grew up in Miami during those years. His new book, “Hotel Scarface,” is a raucous history of the cocaine boom as it played out at the Mutiny. …

“It turned into cocaine madness. The Colombians came back to reassert themselves, when Castro sent refugees. It started to become downright murderous. Miami was ill-equipped to handle that inundation of both petty thieves and assassins, people for hire. All of that combusted and mixed in the Mutiny club. It was almost like their dystopian Statue of Liberty in Miami.”