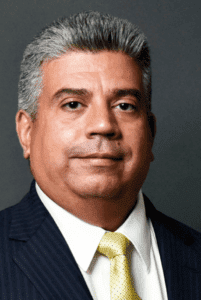 Acting Brooklyn DA, Eric Gonzalez (a Puerto Rican) has announced a policy  that illegal aliens will get breaks on charges so they won't get deported.

That is first and foremost grossly unjust.  Not to belabor the obvious, but illegal aliens have not only flouted immigration law, they've committed crimes on top of that.  If anything, this should result in even tougher enforcement, not softer treatment.

The crime wave by illegals, of course, does serious damage to the liberal narrative that they're all just doe-eyed lettuce-pickers, dreaming of a better life.  But the media is infuriatingly quiet on this issue.  I have never, for instance, heard NPR report on this topic, despite hours of airtime devoted to sob stories about how unfair life is for illegals.

But here's another problem.  If illegal aliens can claim violations of equal protection (and they do, believe it or not), good old-fashioned American criminal defendants should certainly be able to do so.

Example:  Jose Torres, an illegal alien from Mexico, and Donte Williams, an American-born black man from Crown Heights, are both charged with felony drug offenses.  Assume everything else is equal.  If Jose gets a misdemeanor because he's illegal, and Donte does not, Donte's lawyer could assert that he's similarly situated and his right to equal protection is violated.

If you really are arguing this on behalf of your black client, I'd think you'd get some traction in New York courts.  Immigration patriots, get ready to rally 'round a black drug dealer from Crown Heights!

To be sure, I do not think illegal aliens deserve "equal treatment".  The Supreme Court doesn't necessarily think this, either, if you read Plyler v. Doe. Despite its awful ruling, the decision actually has a lot of language disclaiming a recognition of equal protection for illegal aliens.  It was just that in case, they were dealing with children, and...  you know.

So, I'm looking at you, harried, left-wing Legal Aid lawyer schlepping up the stairs at the Jay Street stop:  does your American black client deserve worse treatment than an illegal alien?