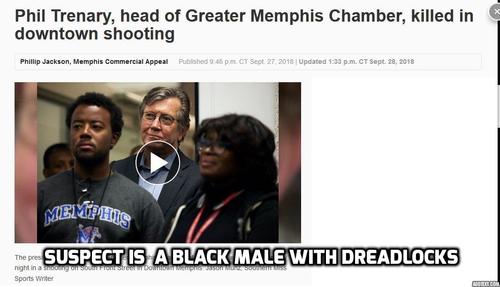 Memphis Pushes To Level The Playing Field For Black Entrepreneurs: “We can never be the kind of community that we want to be until we have the minority firms have a much larger piece of the pie.”, Huffington Post, June 24, 2018

Institutional obstacles have hindered growth, particularly for businesses competing with white-owned firms, said Phil Trenary, the chamber’s president. Those hurdles have included hard-to-navigate requirements to become a city-certified minority- or women-owned business. To address that, the chamber recently created a universal, streamlined application process, and later this year it plans to launch an online portal to connect small, minority-owned firms with contractors and companies looking to fulfill diversity requirements.

The chamber also started a mentor-protege program last year. Thirty-two small firms have connected with more established businesses through the program, and Trenary said some of those companies are already seeing increases in the number of contracts they’ve landed.

“We can never be the kind of community that we want to be until we have the minority firms have a much larger piece of the pie,” Trenary said.

Similar economic development efforts have sprouted and died on the vine in the past. But Trenary said he believes the latest wave is likely to affect real change because the public and private sectors are finally aligned in the goal to help minority- and women-owned businesses.

“The reason it’s going to work this time is because the business community has come together and agreed to lead,” he said.

The president and CEO of the Greater Memphis Chamber of Commerce was killed Thursday night in a shooting on South Front Street in Downtown Memphis.The death of Philip H. Trenary, 64, was confirmed by the Chamber and Memphis Mayor Jim Strickland.

"Like many of you, I'm shocked at the senseless loss tonight of Phil Trenary, a leader in our community. More than anything in these hours, my thoughts are with his family and Chamber colleagues," Strickland said.

Sometime before 8 p.m., Memphis police responded to the shooting at 579 South Front St. Police described a suspect as a black male with dreadlocks, wearing a blue shirt and driving a white four-door Ford F150.

At the time of the shooting, the Chamber was hosting its annual 4-mile race, Move it Memphis, at nearby Loflin Yard.

Memphis business and civic leaders reacted with disbelief to the news of Trenary's death.“Phil was not only a business giant, but he was really part of the heart and soul of the business community. He did everything he could to make sure we had a vibrant community,” said Carolyn Hardy, past chairwoman of the Memphis Chamber and CEO of Chism Hardy Investments. “The loss to this community is huge. It will be felt in every section, whether philanthropic, educational or business. He was a true visionary and he really believed in who we could become.”

Michael Ugwueke, CEO of Methodist Le Bonheur Healthcare, called Trenary a leader in the community and said his loss will reverberate throughout the region.

“This is completely senseless,” Ugwueke said. “He believed in Memphis. I can’t believe this has happened. I don’t think we can recover easily from this tragedy.”

Trenary has led the chamber since 2014, three years after stepping down as president and CEO of Pinnacle Airlines Corp.

Trenary founded Exec Express Airlines, which would become Lone Star Airlines, in Oklahoma in 1984 and came to Memphis in 1997 to run a regional airline that morphed into Pinnacle, a $1 billion, 7,700-employee regional airline operator.

AAfter he left Pinnacle in 2011, Trenary, an Oklahoma native, led EmergeMemphis, an incubator for entrepreneurs and startup businesses, when it was between permanent directors, and he consulted for University of Memphis interim president Brad Martin on projects that included a College of Education strategic plan and a proposed shift in management of Audubon Park from the city.

No matter how much time, effort, and money you spend to uplift Africans in America (dedicating your life and fortune to improving their lives exclusively), they'll never build monuments in your memory, or name buildings/streets in your honor.

In fact, like Mr. Trenary, you're just another white man hoarding all the privilege, keeping intact structural inequality and implicit bias negatively impacting the black community.