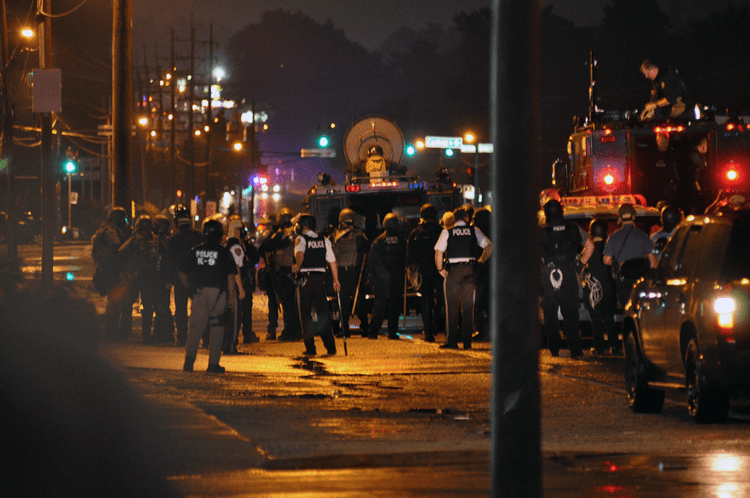 One of the interesting questions in recent years is why when the respectable media decides to go all in on some story about evil white men murdering black baby bodies or raping coeds on broken glass, it so often turns out to be a humiliating factual fiasco, such as the White Hispanic or Ferguson or Haven Monahan. (And then, unsurprisingly, the blood libels lead to Nights of Real Broken Glass.)

You would think that in this giant country there’d be, by the Law of Large Numbers, unembarrassing actual injustices to overemphasize. No doubt there are, but The System isn’t good at focusing upon them.

So, it’s interesting to see how The System works. What we find in one case is a pretty hilariously out-of-touch-with-each-other alliance between an octogenarian Budapest billionaire with an Esperanto surname and a Ph.D. in philosophy and the Undocumented Shoppers.

George Soros and Michael Brown — not actually on the same wavelength. 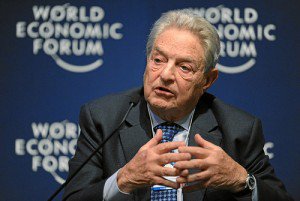 Liberal billionaire George Soros has donated $33 million to social justice groups in recent months in an effort to draw attention to police violence in the black community in cities like Ferguson, Mo., and others like it, according to the Daily Mail, citing a report at the Washington Times. 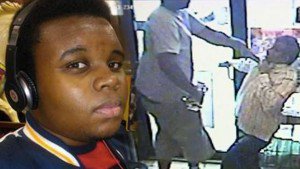 Ferguson ignited a national debate about police violence in August after then-police officer Darren Wilson shot and killed Michael Brown, 18, who was black and unarmed.

The donations came to light after the Washington Times conducted an analysis of the latest tax filings by Soros’s Open Society Foundations, the report says. The analysis found that the private foundation made donations to different groups that have weighed in on the police violence and institutional racism, including organizers from professional groups in Washington, D.C., and New York, who were bussed to Ferguson to coordinate messaging and lobby to news media to cover events using the billionaire’s funding, the report says.

The money reportedly helped boost the number of protesters in the community over a period of months by bringing in outside activists, the report charges. And think tanks reportedly used their own online news sites to cover the civil unrest, and link it to the police killings of Eric Garner in Staten Island, N.Y., and Tamir Rice, 12, in Cleveland, Ohio, the Daily Mail writes.

The director of Soros’s fund said that they have no direct control over the groups they give to, and said they are all trying to improve accountability, the report says.

“Helping groups combine policy, research [and] data collection with community organizing feels very much the way our society becomes more accountable,” he told the Times. “The incidents, whether in Staten Island, Cleveland or Ferguson, were spontaneous protests—we don’t have the ability to control or dictate what others say or choose to say.”

But $33 million does go some distance toward keeping a mob in the streets of Ferguson from August through the second round of pogroms in November.

Soros has deep pockets: $20 billion. It might be interesting for attorneys representing looted Ferguson shopkeepers and the late Zemir Begic to depose Soros on questions such as exactly when he realized Michael Brown wasn’t the innocent black baby body that the organizations he was funding were purporting (the second half of August is my guess).

Soros played a dangerous game, and he should have to compensate the people who were hurt by his reckless promotion of a blood libel. There was already a pogrom in August in Ferguson, so it was hardly surprising that there were more pogroms in November after months of Soros-funded lying.

I suspect Soros is going to write some big checks in return for promises never to speak about these out of court settlements.