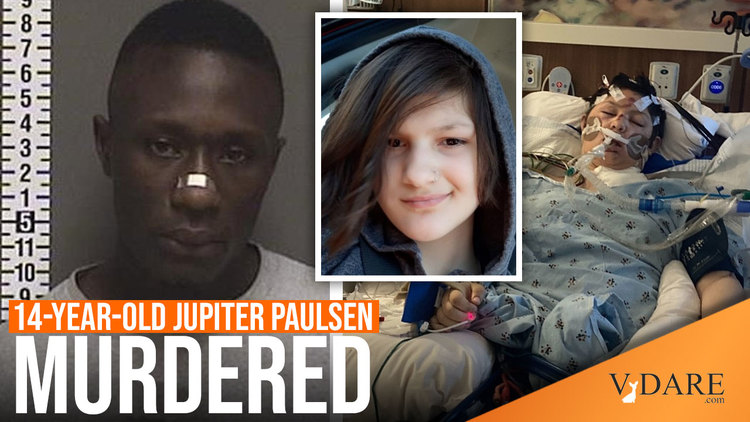 Her Name Is Jupiter Paulsen: 14-Year-Old White Girl Murdered—Stabbed More Than 20 Times—By A Black (Liberian) Male In Fargo, ND: Was He A Refugee?

The ultimate question: was the black murderer in this heinous black-on-white murder in Fargo, North Dakota, a refugee resettled in one of America’s whitest major cities?

Was this murderer of an innocent white teenager brought to our nation by a refugee resettlement agency? 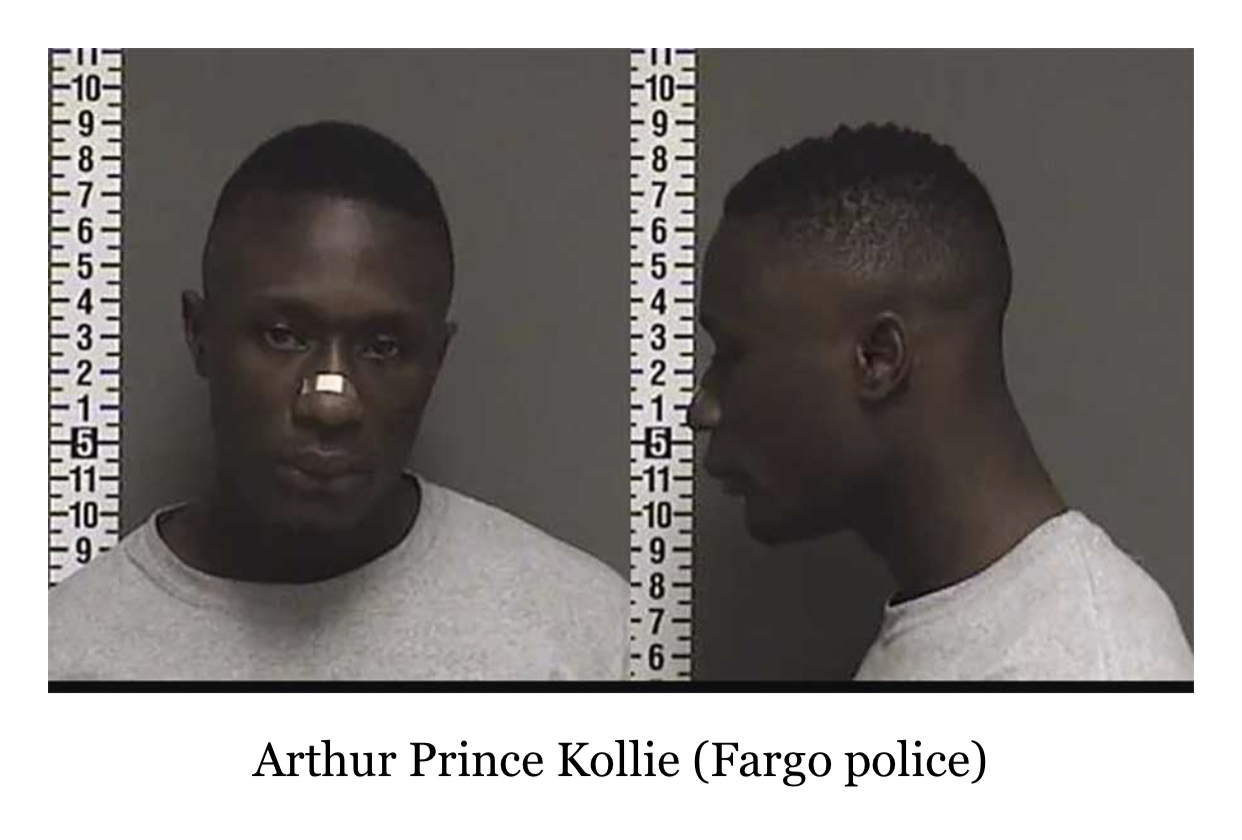 The victim, who would subsequently pass away after fighting for her life in a hospital, was a 14-year old white girl.

Father says Fargo stabbing victim, 14, unlikely to survive; judge sets $1M bail for suspect: An assailant choked the 14-year-old and stabbed her more than 20 times over the course of about 20 minutes in an attack that was caught in part on security video, the victim’s father said, Duluth News Tribune, June 7, 2021

The man accused of attacking a 14-year-old middle school girl in Fargo and leaving her with life-threatening injuries Friday morning, June 4, is being held on $1 million cash bail.

Arthur Prince Kollie 23, with no permanent address, has been charged with attempted murder, robbery and aggravated assault in connection to an attack on Jupiter Paulsen, ateenager found Friday with about 25 cuts and stab wounds outside a south Fargo strip mall.

Paulsen lives in Fargo and is a student at Cheney Middle School.

According to court documents:

A garbage worker was driving near Party City, at 4340 13th Ave. S., in Fargo about 7 a.m. Friday when he saw a man wearing a white T-shirt and black pants leaning or standing over Paulsen with one hand on her nose and the other on her throat.

The man ran from the area, but police later traced him to a Walmart store about half a mile west of where the stabbing occurred.

Surveillance video from Walmart showed an individual grabbing new clothing, putting it on in a changing room and leaving without paying.

Police found discarded shoes and clothing covered in blood in the changing room.

Later, police found a man matching the description of the individual who took clothing from Walmart and identified him as Kollie.

Questioned by police, Kollie said he used methamphetamine the afternoon of June 3 and denied any role in the assault on the morning of June 4, according to court documents.

Kollie said he was walking in the area where the assault occurred but repeatedly stated he did “not recall” when asked about the incident.

At the time of the attack on Paulsen, Kollie was on probation for a 2017 conviction for simple assault on a peace officer.

Kollie had also pleaded guilty on May 7, 2021, to discharging a firearm within city limits, possessing a firearm as a felon and possessing drug paraphernalia. For those charges, which stemmed from an incident in December, Kollie was sentenced to 18 months supervised probation and 27 days in jail — though court records indicate he was released from jail as he had already served that time behind bars.

The victim’s father, Robert Paulsen, told Forum News Service Friday that his daughter was skateboarding from his house to her mother’s house when she was randomly attacked.

The assailant choked the 14-year-old and stabbed her more than 20 times over the course of about 20 minutes in an attack that was caught in part on security video, according to Paulsen and court records.

Jupiter Paulsen underwent surgery for her injuries, her father said, but he said Friday it was not clear if she would completely recover from the attack.

“They are trying to monitor the swelling in her brain to see what kind of brain function she is going to have since she lost oxygen,” Paulsen said Friday. “I hope she has no long-term damage to her head and she can have a sustainable life.”

In a Monday, June 7, update to an online fundraiser for his daughter’s medical bills, Paulsen said it was unlikely she would survive.

“We just got word from the Doctor today that Our baby girl is too far gone and there isn’t anything they can do. Just to gather family and to say our goodbyes,” the update said.

Our grandchildren will learn not of Critical Race Theory, but the Theory of the Critical Moment for Whiteness, when European people worldwide were on their knees and momentarily failed to rise.

Either we submit and what happened to Jupiter Paulsen becomes an everyday occurrence, or we learn her name and how her fate could have easily, so easily, been avoided.

And it’s not by quoting Martin Luther King, Jr.

Refugee RacketDeath Of White AmericaDiversity Is Strength
<< Previous
Next >>
LATEST