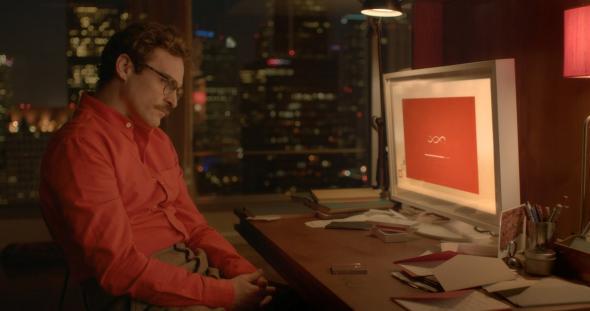 Heartiste On The Bearable Whiteness Of "Her"

Heartiste writes about the Oscar-contender Her, which is set in a future Los Angeles purged of anything offensive to advanced tastes:

Replying to a Steve Sailer review of the movie Her as a mischievous chain-yank of the exquisite sensibilities of white people who majored in humanities, commenter stari_momak pithily spits,

You notice how [as] America has gotten darker, white people have gotten fairer (or paler)?

One consequence of the CH axiom Diversity + Proximity = War is, ironically, a racial self-segregation that belies the media message drumbeat propagandizing the opposite. Her is very much a SWPL (Stuff White People Like) utopia: clean urban spaces, softening pastels, car-less mass transit, bicycle lanes, love affairs with an advanced Siri AI who sounds like the whitest white girl who ever whited, a noticeable lack of bling or vibrancy.

It’s almost as if the crushing weight of diversity (especially in LA) has freed upper middle class whites to wall themselves off in cultural compounds of their own making. Sure, they have to guss up their motives with doublespeak, but their actions — their revealed preference in economese — is strictly for a society of the whites, by the whites, for the whites.

Here are the names I recognize from the cast of "Her:"

Joaquin Phoenix — the Spanish first name is due to his having been born in Puerto Rico where his American parents, John Bottom Amram and Arlyn Dunetz Jochebed, had gone as missionaries.

Amy Adams — Born at an American air force base in Italy, raised in Colorado, ex-Mormon.

Chris Pratt — Born in Minnesota, and looks it. The phrase "corn-fed" comes to mind. 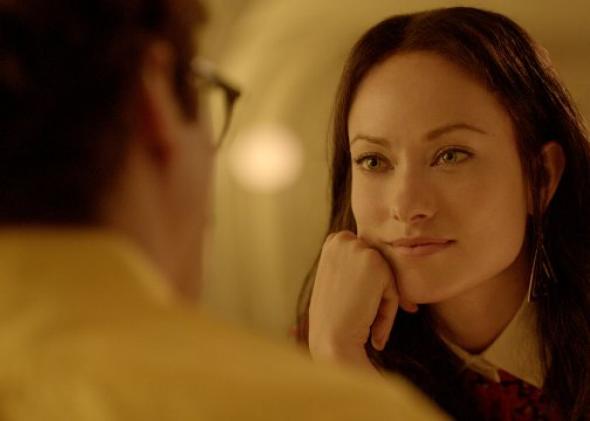 Olivia Wilde — Daughter of one of the Cockburn journalists (making her some kind of distant niece of Evelyn Waugh). Her maternal grandfather was president of the San Francisco Golf Club. The USGA holds the U.S Open next door at the Olympic Club because SFGC doesn't want hoi polloi wandering its superb grounds.

Portia Doubleday — She's probably not Gen. Abner Doubleday's direct descendant, but she looks like she could be.

In terms of diversity, Chris Pratt has an Asian-American girlfriend who is a lawyer and has a few lines. And there is an Asian waitress who serves Joaquin and Rooney in one scene. The worker at the next desk at BeautifulHandwrittenLetters.com is a black lady, but doesn't interact with anybody.

The extras in the crowd scenes are heavily Asian (some of the outdoor scenes were shot in Shanghai, some in downtown Los Angeles). Apparently, Asians have pushed Mexicans out of Future LA, which doesn't seem utterly implausible. Overall, though, Larry David's social circle is more diverse than the one in this sci-fi movie.