Harvard Moves To "Virtual Classes" After Spring Break; It's 23% Asian!

Harvard is asking its students not to come back after Spring Break:

Harvard Asks Students Not to Return After Spring Break Amid Coronavirus Concerns
MIT, Boston University and Amherst College have also announced plans amid the COVID-19 outbreak
by By Young-Jin Kim and Nia Hamm, NBC Connecticut, March 10, 2020

Of course, Harvard is 23 percent Asian, and many of its Asian students will have spent their Spring Breaks in Asian areas, either overseas or in American Chinatowns and Koreatowns, et cetera.

Here's a chart of Harvard's "diversity": 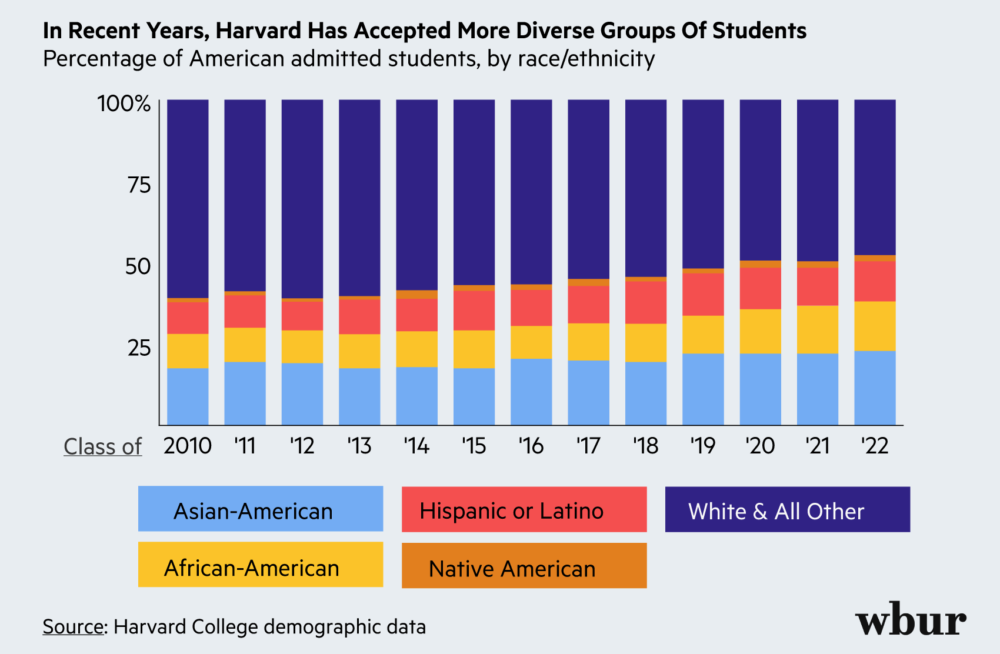 Source: Harvard Has Become More Racially Diverse, But Most Of Its Students Are Still Really Rich, by Max Larkin, WBUR, October 24, 2018.