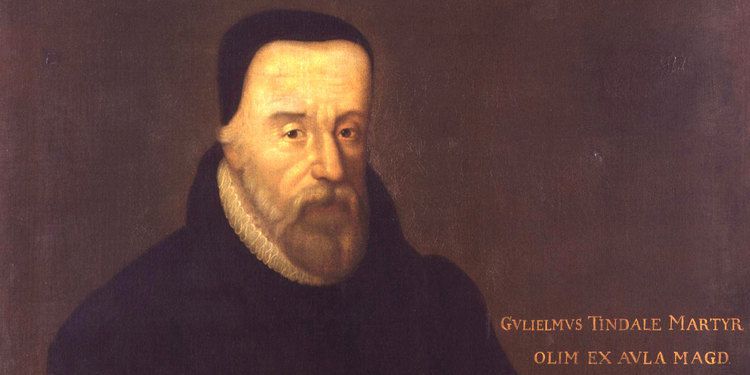 Google reports that there are currently about 18,500,00 results for Yom Kippur, which began at sundown October 8. This as opposed 4,030 results for William Tyndale, the great translator of the Bible into English, brutally martyred on October 6, 1536.

Yes, I know that date's not an exact match. But neither, frequently, is Hanukkah, aptly described by American Heritage's Frederic Schwarz (December 2000) as the “Jewish Kwanzaa.” But it has become a multicultural must to step on Christmas by never mentioning it except in connection with it and other “holidays."

Somehow, however, the MSM neglects to provide the nearest Saint's day in the Christian calendar to each year's Rosh Hashanah, Yom Kippur and Passover—there are a lot of saints! So it has become a VDARE.com service (as so often) to fill the gap.

I hadn't realized until I read David Daniell's The Bible in English: Its History and Influence (I'm providing an Amazon link out of Christian charity although the tech totalitarian swine have excluded VDARE.com from their commission-generating Associates progam) what a profound influence Tyndale had on the King James version of the Bible—it was not, in fact, written by a committee. I have it on the word of Norman Podhoretz, in the days when he used to speak to me, that it is a seminal influence on the English language.

This is David Daniell's account of the martyrdom in 1555, in the reign of the Catholic Queen Mary I, of another Bible translator, John Rogers (who may have rescued Tyndale's papers):

John Rogers’s urgent pleas that he might speak a few words with his wife before his burning were rejected. He was taken to Smithfield to the fire, saying as he went the psalm “Miserere”. As against the ordeal, his wife was there with their eleven children, one, whom he had never seen before, at the breast.

As he stood at the stake, his pardon was brought should he recant, but he refused. He exhorted the people to stand firm in the faith which he had taught them. When the first took hold of his body, “he, as one feeling no smart, washed his hands in the flame, as though it had been in cold water”: lifting up his hands to heaven he did not move them again until they were consumed in the devouring fire. He was the first of almost three hundred martyrs under Queen Mary."

I believe that is on the shoulders of this man, and of an untold host of heroes like him, that America's modern liberties stand.

Oh, and also Yom Kippur. We mean it.