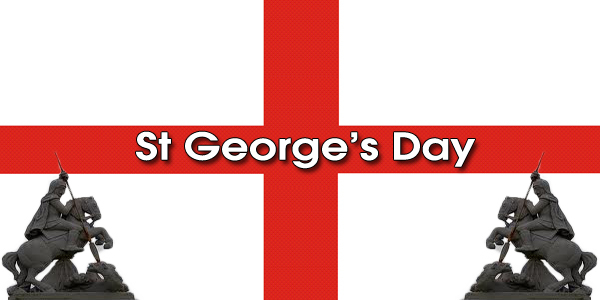 There'll always be an England

Today is the national holiday of England.  So naturally, it's also a day of controversy.

The United Kingdom Independence Party (UKIP) has chronicled a list of cases where the English people have been essentially prohibited from celebrating their national holiday.  They include,

The party is now encouraging people to wear a red rose to celebrate English identity.  However,"Ukip said many people were "frightened" of celebrating St George's Day or flying the England flag because of concerns they could be accused of being racist" [Ukip's Paul Nuttall calls for Britons to mark St. George's Day by wearing a red rose, by Macer Hall, Express, April 23, 2015]