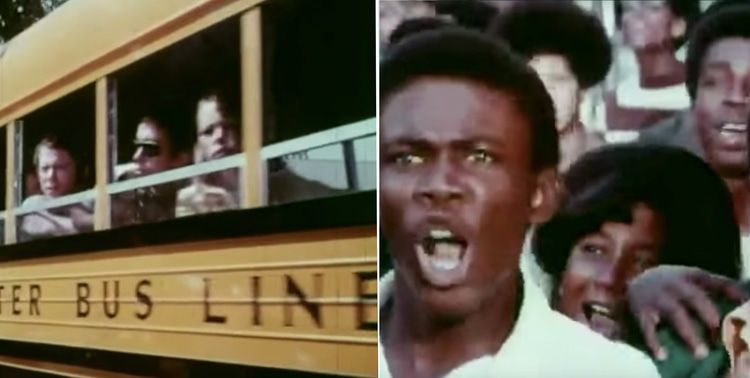 This movie, which I remember seeing at the time (I was alive in 1970, though young) is called Halls Of Anger, and presents, fairly realistically, the harrowing experience of white teenagers being bussed to a majority-black school. You can watch the whole thing on YouTube.

Jeff Bridges plays a white male student who is repeatedly beaten by blacks.

IMDB says it's "Rated R for an assault involving nudity," which means that five black girls assault a white girl in the locker room, and tear off all her clothes. One reviewer on IMDB called this a "needless and very ugly sequence" presumably because black on white violence should never be portrayed on film. 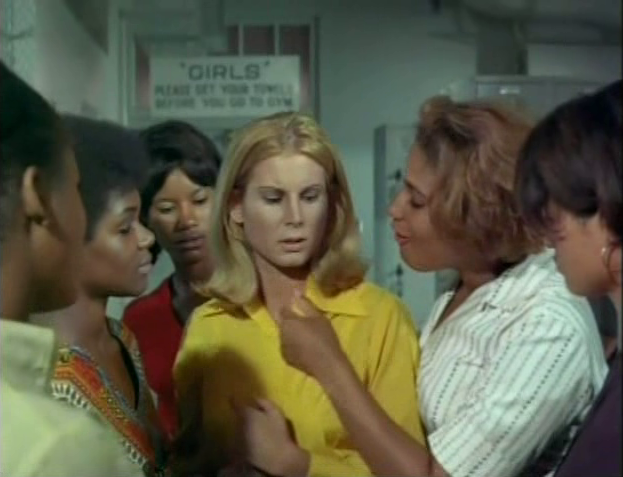 Another IMDB reviewer put this differently

I saw this movie in April,1970 at a time when there was much racial turbulence in the schools.It seemed pretty real to me at the time and altho the infamous scene where the white chick going with the "brother"got a righteous beatdown by five "sisters"in the girl's restroom was pretty shocking that kind of incident DID happen on occasion back then.

Violence against whites caused by busing is a real phenomenon. It's one that Kamala Harris wants to bring back.

Trivia: This movie was banned from Boston TV stations in the early 70s. Opposition to busing was very violent in the city and officials were afraid the movie might incite riots.

I. e. white riots. But no one ever worries about racially inflaming the black viewing public. It's not like they'd riot or commit mass murder...right?