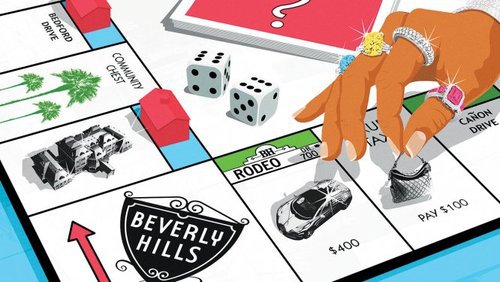 A Saudi prince accused of a sex crime was arrested near his mansion in Beverly Glen, authorities said.

In Beverly Hills and surrounding upscale hamlets, the talk at social gatherings this month has centered on indications of wealthy Arab visitors behaving badly.

Then on Wednesday, a Saudi prince was arrested at his rented estate in Beverly Glen and booked on suspicion of having forced a female worker to perform oral sex on him. He was freed on $300,000 bail.

Jimmy Delshad, former mayor of Beverly Hills, says his friends are asking: “Who the hell do they think they are, coming here and behaving like that?”

But Delshad, who emigrated in 1959 from Iran, is also quick to point out that these incidents are anomalies and that the strength of his city’s economy increasingly relies on the largesse of these elite Arab visitors.

They’re certainly spending with abandon — renting lavish beach pads for $100,000 a month and buying furnished penthouse condos along the Wilshire Corridor for their children at UCLA and USC, according to real estate brokers. …

Visitors from the Middle East — particularly Saudi Arabia — have long boosted the bottom lines of luxury boutiques and hotels in Beverly Hills, said Julie Wagner, chief executive of the city’s Conference and Visitors Bureau. In recent years, Beverly Hills has also seen tremendous growth in tourists from the United Arab Emirates, Kuwait and Qatar, who find Arabic-speaking staff members to serve them in upscale shops.

Emirates and Etihad airlines have direct flights to Los Angeles from Dubai and Abu Dhabi, and Qatar Airways plans to begin service in January.

Middle Easterners, Wagner said, spend the most on Beverly Hills-area hotels among international travelers, and they are second to Chinese visitors in retail spending. Muslim women in head scarves dine in large numbers at the high-end Ivy restaurant and Urth Caffe, two popular people-watching spots.

The Peninsula Beverly Hills on Santa Monica Boulevard is one of many opulent hotels offering amenities such as prayer rugs, arrows pointing toward Mecca and pillowcases monogrammed in Arabic. “We have had repeat guests that have come to visit us year after year,” said Offer Nissenbaum, the hotel’s managing director.

On Saturday afternoon, tourists from the Middle East and around the world strolled up and down Rodeo.

“Many people come here to see the companies,” referring to the high-end clothing designers.

Alghamdi and her family were in town for a vacation before she continues her graduate studies in English up in Fresno. 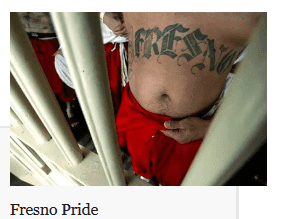 I wonder if, after their Rodeo Drive stopover, Fresno will live up to the Alghamdi family’s expectations of the California Dream?

They stopped at the Rolex store and were headed next to Gucci.

“I like the designer,” she said before her voice was drowned out by the sounds of a black and yellow Lamborghini and two red Ferraris racing up the street and screeching to a halt at a red light. The commotion drew a large crowd, with most people trying to take pictures of the luxury vehicles with their iPhones.

Abdul Alaradh and a friend stopped on the iconic street on the second day of their trip from Kuwait. The fashionable men matched dress shirts and loafers with a Louis Vuitton bracelet and belt.

It would be nice if the Gulf Arabs could help out their fellow Muslim Arabs fleeing to Europe, but, morally, saving the economy of Beverly Hills must remain their highest priority.