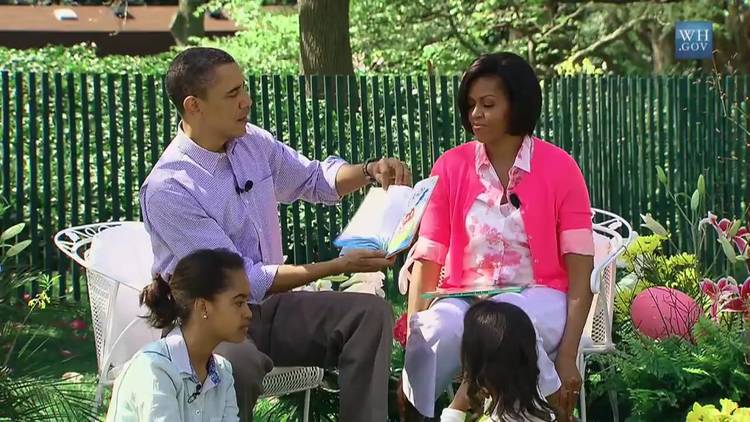 As Steve Sailer notes below, Barack Obama's ego allows him to try and compete when he's ridiculously over his head. What makes this possible is affirmative action, and the ability to blame racism when he loses.

Sailer wrote in February that

Oddly, Obama’s down spells never seem to undermine his ego, which in Kantor’s telling remains bizarrely expansive for such an otherwise rational individual. Perhaps as a metaphor for a lifetime of affirmative action’s warping effects, Kantor is fascinated by this middle-aged politician’s obsession with competing on his White House basketball court against invited NBA superstars. Whether Obama can keep clear in his head that they’re just letting him score remains unclear to the author.

Obama,when he played for Punahou High, spent a lot of time riding the bench, in spite of being the only black player on the team, and  one of the few blacks in the entire school.

But in trying to perform “the best rendition ever” of “Green Eggs and Ham,” Obama was so far over his head that it wasn't funny.

Well, actually, it was funny.

Here, below, is Barack Obama's performance,at the White House,and the Reverend Jesse Jackson's performance on SNL:

Just to clarify,neither of these men is an actor. The one reading Green Eggs and Ham badly above is the actual President, not a Saturday Night Live imitator.

The man reading Green Eggs and Ham much better, below, is the actual Jesse Jackson, not an imitator.

Jesse Jackson, a former candidate for President himself, is one of the few men in American public life less qualified to be President than Obama, but as a reciter of Green Eggs and Ham, it's Jackson all the way.