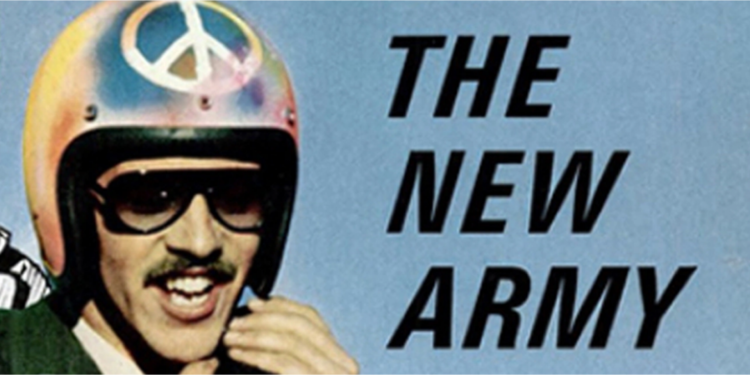 The Ear Gauge Stalker of Sylmar

With U.S. involvement in wars in desert Asia winding down (I hope), qualifying to enlist has become a difficult challenge for many youths, especially those who have taken up the new fad of ear gauges, or poking large holes in their ears like in a 1961 National Geographic pictorial on the Ubangi tribe. The Pentagon won’t accept recruits with large holes in their ears, nor with more than four tattoos below the knees or elbows.

Since December 2012, high school graduates have to score at the 50th percentile on the Armed Forces Qualifying Test to qualify to enlist in the Air Force, Navy, and Coast Guard, while the Army required the 31st percentile and the Marines the 32nd. The AFQT is a highly g-loaded test resembling the SAT and ACT. Murray and Herrnstein featured it in The Bell Curve since the military paid to have it administered to the nationally representative 1979 National Longitudinal Study of Youth. The current scoring system was implemented in 2004 based on the NLSY97.

I presume that the AFQT, like the SAT, is moderately test-preppable, so it’s probably an exaggeration to say you have to have a 100 IQ to enlist in the Navy these days, but it’s likely fairly close.

But it wasn’t always like that. In fact, the Pentagon badly botched how to score the AFQT/ASVAB from 1976-1980, apparently unwittingly letting in a whole bunch of none too bright recruits. Leonard Wong writes:

Declining enlistment rates, low quality recruits, high attrition, and plummeting morale were indicators that the fledgling force manned with volunteers was becoming dangerously fragile. Despite the mounting problems, a 1978 Department of Defense report on the status of the all-volunteer force reported that:

The quality of those serving on active duty, as measured by the education levels of active duty personnel and the average test scores of new recruits, has not declined as popularly believed but has markedly and steadily improved since the end of the draft. [4]

Senator Sam Nunn (D-GA) talked to a lot of sergeants and petty officers and kept hearing about how the new recruits were much less trainable than before. So he recurrently questioned the Pentagon about what was going on. Finally, in 1980 they admitted a massive mistake:

Unfortunately, the new recruit test scores mentioned in the report were derived from the new Armed Services Vocational Aptitude Battery (ASVAB) and subsequently the Armed Forces Qualification Test (AFQT). Unbeknownst to the Department of Defense and unconfirmed for several years was the fact that the tests were misnormed. Although Army recruiters were told that their total recruiting target could only be five to six percent of mental aptitude Category IV—the lowest mental category acceptable for military service—per the AFQT, the misnorming of the test allowed many more into the force. In 1979, the Army reported that 9 percent of the new recruits were Category IV. In reality, 42 percent of all new soldiers were Category IV due to the misnorming.[5]

I believe Category IV then was roughly 11th to 30th percentiles on the AFQT.