What I consider the Three Great Brainfarts of clueless immigration-boosterism are:

2. If you have no native-American (i.e. American-Indian) ancestry, you're an immigrant (so don't you dare criticize today's immigration).

(That "[sic]" acknowledges that the statue's actual title is Liberty Enlightening the World.)

Brainfart #3 is experiencing another surge of ignorant use in the wake of President Trump's executive order on refugee intake. Steve Sailer mentioned this in his latest Takimag piece:

The conventional wisdom on immigration is rapidly hardening into an ideology of extremist open-borders lunacy, with the Statue of Liberty obsessively invoked to prove that America was founded upon the principle of Muslim mass migration.

And the title of Ann Coulter's new column as it appears at her own website is Give Me Your Tired Arguments ..., a clear play on Emma Lazarus's "huddled masses" exercise in rotgut poetry.

Sailer and Coulter are undoubtedly wise to the fundamental point that the famous statue is about liberty—i.e. it's not a welcome-mat for aliens.

There are tears running down the cheeks of the Statue of Liberty tonight.

The best brief antidote against such ignorance is undoubtedly the July 5, 2009 op-ed in the Washington Post by Roberto Suro, a professor in the Annenberg School for Communication and Journalism at the University of Southern California. Even the title of Suro's piece was a breath of fresh air: She Was Never About Those Huddled Masses.

So Wednesday afternoon (February 1), I printed the Suro piece (three pages) for faxing to Schumer's Capitol Hill office, with this cover letter as introduction:

On January 27, in response to the executive order about refugee intake, you tweeted:

There are tears running down the cheeks of the Statue of Liberty tonight.

Your tweet suggests a major misunderstanding, a category error.

Consistent with that title and more important, the statue has nothing to do with immigration (or the acceptance of refugees). 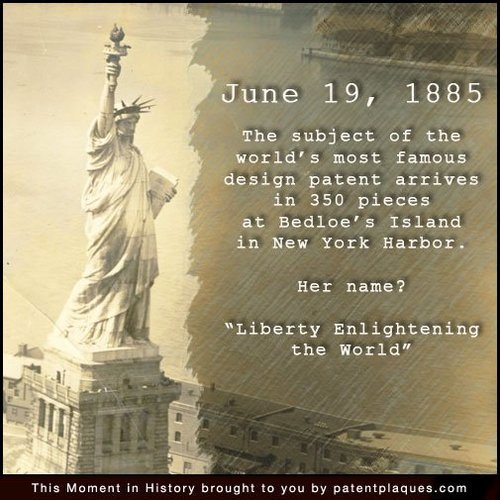 Instead, the statue was a gift from French citizens who wanted to focus the world’s attention on what ordered liberty had accomplished in the century-old American republic. Their implicit message was ‘Here’s a country that provides a useful example of how a society can successfully order itself for human flourishing.’ It wasn’t an invitation for the rest of the world to move here.

There’s no need for you to take the word of this retired physicist on the matter: I’m appending a July 5, 2009 op-ed from the Washington Post, “She Was Never About Those Huddled Masses,” by Roberto Suro. (Suro, now a professor at the University of Southern California, was the founding director of the Pew Hispanic Center.)

Right up front, Suro recommends that we “get rid of The Poem”—meaning the Emma Lazarus sonnet about “huddled masses” and all that—since it’s led to so much misunderstanding of the statue’s meaning, likely including your own.

After dispatching that four-page fax, I sent one with a modified cover letter to Congressman Steve Cohen [D-TN], since he's introducing a House bill titled "Statue of Liberty Values (SOLVE) Act" with the aim of nullifying Trump's executive order on refugees.

Cohen is obviously another "public servant" who's been bamboozled by statue-mythology, and it seems likely that he's the rule, rather than the exception. Hence, wouldn't it be great to have hundreds of copies of the Suro op-ed floating around Capitol Hill, educating staffers—and even getting through to the occasional representative or senator!  (As Mark Twain said, "Fleas can be taught nearly anything that a congressman can.")

So, VDARE.com reader, do you have a fax machine at home?  If so, consider doing this same exercise with your two home-state senators and your  representative.  You'd want to use a cover letter customized to your own situation, which might not include any recent statements by your Congresscritters that invoke the "Statue of Liberty."  But there's plenty of current mawkish blather about refugees and the statue that you could refer to as stimulus for your faxing of the Suro op-ed.  And beyond the customized introduction in your cover letter, you could plagiarize much of my cover letter.

If you don't have a fax machine, there are other ways of sending a fax from home described here.