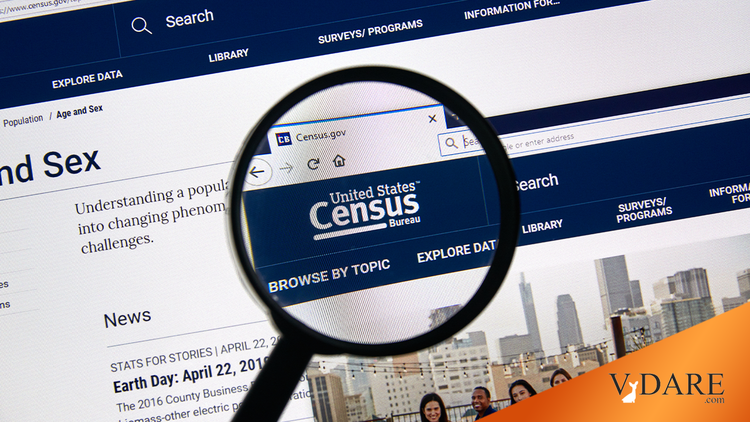 Previously: What The Heck Is Going On With DACA?

President Trump issued a presidential memorandum Tuesday that would exclude illegal immigrants from the 2020 Census. This move will ensure congressional representation is not impacted by non-citizens who are not even supposed to be here [Trump Wants To Change Who Counts For Dividing Up Congress' Seats, by Hansi Lo Wang, NPR, July 21, 2020].

The administration made a strong case for the necessity of this action in the memorandum.

“Excluding these illegal aliens from the apportionment base is more consonant with the principles of representative democracy underpinning our system of Government,” says the memorandum. “Increasing congressional representation based on the presence of aliens who are not in a lawful immigration status would also create perverse incentives encouraging violations of Federal law. States adopting policies that encourage illegal aliens to enter this country and that hobble Federal efforts to enforce the immigration laws passed by the Congress should not be rewarded with greater representation in the House of Representatives.”

The memorandum also mentions an unnamed state (California) hosting 2.2 million illegal aliens. If counted in the census, it would give that state at least two congressional seats it shouldn’t have.

Like all positive Trump actions, this order will face legal challenges that may hinder its implementation. The Supreme Court struck down the administration’s attempt to ask Census respondents if they were citizens last year. The Court ruled that the administration could ask the question, but Trump allegedly didn’t follow proper procedure to include the question in the Census.

It remains to be seen if this will hold up in court. Whatever happens with its legal battles, this is the right move by Trump to preserve the Historic American Nation and ensure citizens, not illegal aliens, are represented in Congress.