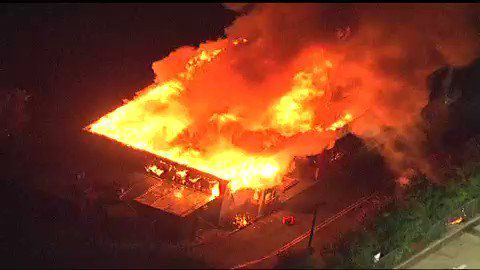 Gone with the Wendy's: A New Burning Of Atlanta

Gone With the Wind, with its famous scenes of the Burning of Atlanta, is being canceled … but we can just watch the news instead.

Sir, this is a Wendy's. pic.twitter.com/rXDyAVLEdo

But CBS News wants you to know “the protests were largely peaceful:”

Protesters in Atlanta on Saturday shut down an interstate highway in both directions and set fire to a Wendy’s where police shot and killed a black man the night before. Earlier Saturday, Atlanta Police Chief Erika Shields stepped down down from the role as tensions mounted over the shooting.

The fire appeared to be contained shortly before midnight. And the protests were largely peaceful with no reported clashes with police in riot gear, according to CBS Atlanta affiliate WGCL-TV