Rockefeller Center in mid-town Manhattan has a number of heroic giant statues, often of an allegorically progressive nature. 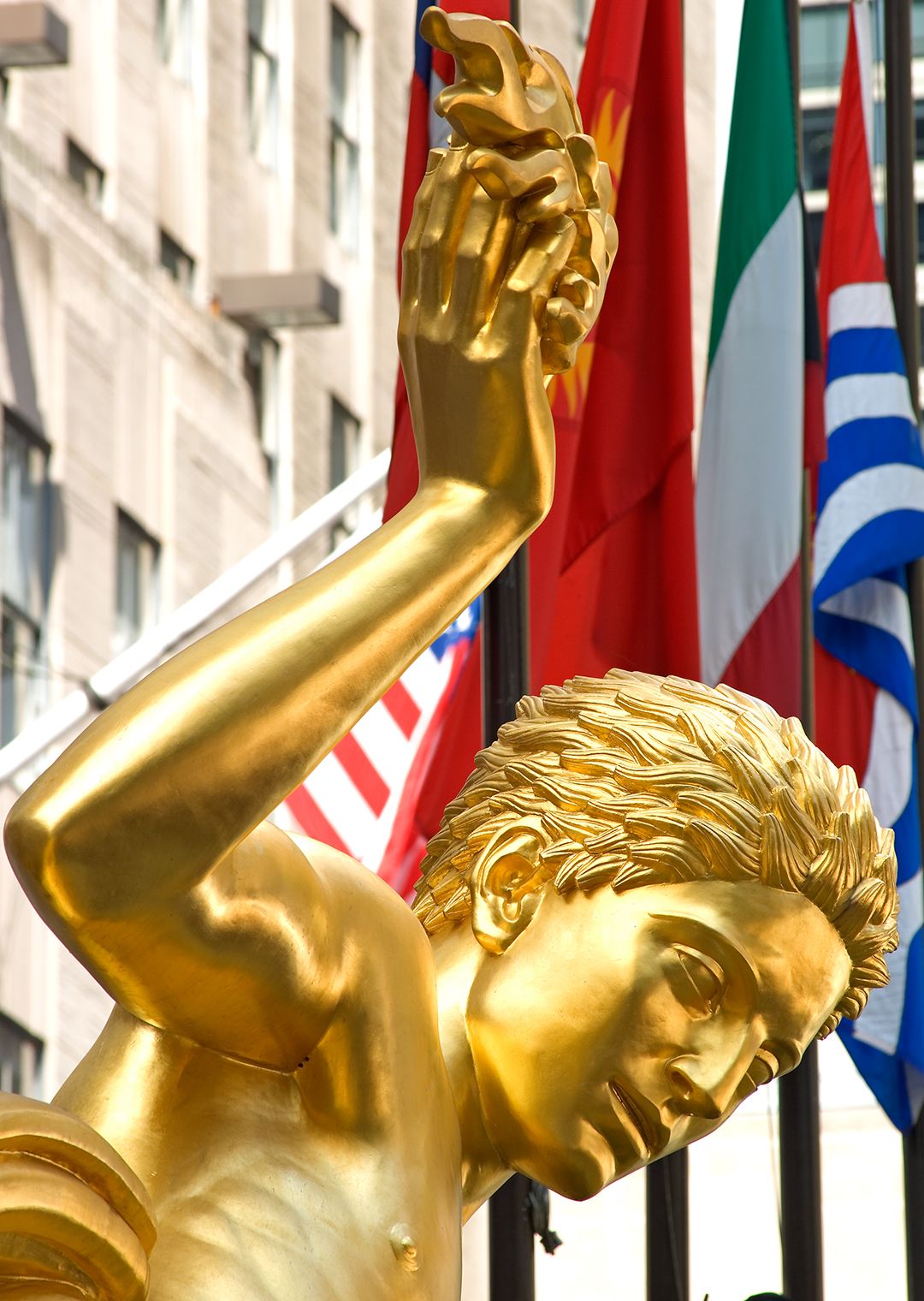 For example, there’s the Progress carving above the 49th Street entrance. And the Intelligence Awakening Mankind mural.

And there’s the 18-foot tall Prometheus, right, stealing fire from Zeus and the other reactionary gods to allow mankind to progress to civilization. Percy Bysshe Shelley’s 1818 Prometheus Unbound cemented the standing of Prometheus as the hero of radicals and progressives.

Rockefeller Center’s famous Atlas sculpture depicts the Titan, sometimes considered the founder of astronomy, who warred against the gods and was thus condemned by Zeus to hold up the sky as punishment.

Not everything at Rockefeller Center is anti-Zeus: the frieze over the entrance to 30 Rock by Lee Lawrie is sometimes called Zeus with a Lightning Bolt. But it’s officially known as “Wisdom,” which goes along with Rockefeller Center’s artworks’ generally pro-Enlightenment theme. And it appears to be loosely inspired by the radical poet and artist William Blake’s Urizen in which the mythological figure is projecting more like calipers than lightning, or perhaps both.

For example, the model for Prometheus was an Italian-American lifeguard.

Now, that gap has been rectified with black artist Sanford Bigger’s 25-foot-tall statue Oracle of what appears to be a black version of 2001’s Space Baby sitting on a throne in the manner Phidias’ lost statue of Zeus at Olympia: 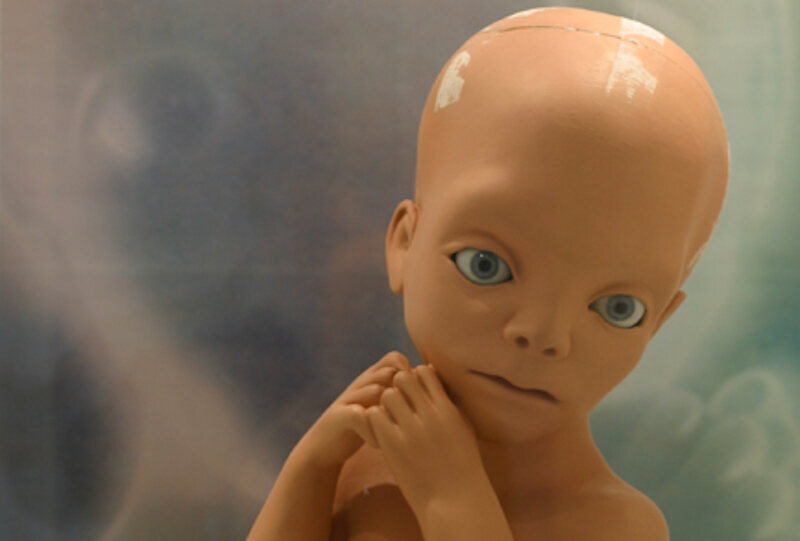 The black Space Baby’s connection to the most legendary statue of Zeus, the arch-enemy of Prometheus and Atlas, is perhaps interesting. While the current Black Craze is flatteringly described as “egalitarian” and “liberatory,” black artists’ main objections to thrones seems to be that blacks aren’t sitting on them.