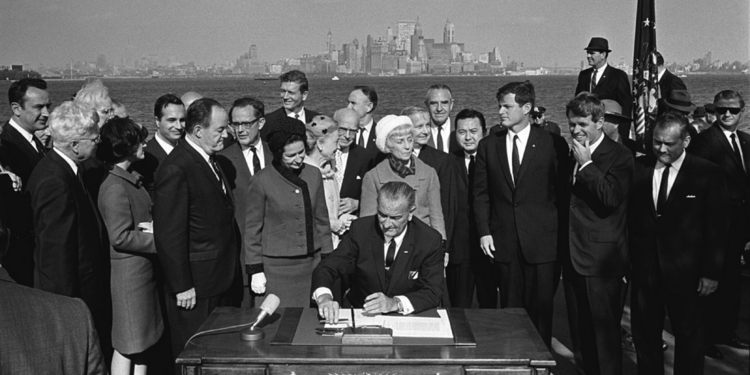 One of the earliest items I wrote for VDARE.com was Gerald Ford’s Role in ’65 Immigration Disaster… And After.

As GOP minority leader, he was the one supposed to fight against the 1965 Immigration Act—he didn't. In fact, he voted "Yes" on the bill.

I also mentioned his role in the betrayal of Vietnam, and his latter-day support for affirmative action, on the grounds that, as he put it "It is estimated that by 2030, 40 percent of all Americans will belong to various racial minorities” and that was why he was defending the right of his alma mater, the University of Michigan to discriminate against whites in the Grutter and Gratz cases.

But I'm afraid that if,. by 2030, 40 percent of American are members of various minority groups, it's because of what Gerald Ford either did, or failed to do.