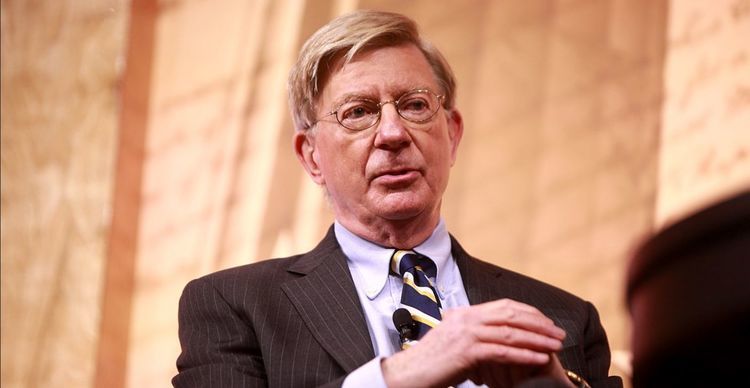 George Will [email him] has joined Rich Lowry in the Conservatives For Mexican Trucks On American Roads movement:

"Congress, with the approval of a president who has waxed censorious about his predecessor's imperious unilateralism in dealing with other nations, has shredded the North American Free Trade Agreement. Congress used the omnibus spending bill to abolish a program that was created as part of a protracted U.S. stall regarding compliance with its obligation to allow Mexican long-haul trucks on U.S. roads. The program, testing the safety of Mexican trucking, became an embarrassment because it found Mexican trucking at least as safe as U.S. trucking. "[The Toxic Assets We Elected, By George F. Will Tuesday, March 24, 2009]

Peters made the claim that "The current safety record of the participating trucks in the demonstration program is better than that of the U.S. trucking fleet. " a claim that was picked up by various news agencies.

I assume that's what George Will was talking about. (As a member of the MSM, he can speak ex cathedra, without citations or links.) I also assume the Mexican government sent their best trucks on the demonstration program,and even so, the people at Advocates for Highway and Auto Safety don't believe it.

You can read the whole thing. Peters also has some comments about the difference between Canadian and US laws, saying:

"While we have come a long way since the days when Mexico-domiciled trucks’ out-of-service rate was 59 percent, some still maintain that because Mexico does not have a regulatory scheme identical to that of the U.S., Mexican trucks will not operate safely in this country. Yet, this assertion is not made with respect to what takes place on our on our northern border. Canada, for instance, does not require that its commercial drivers be drug tested randomly. However, when these drivers operate in the U.S., they must participate in a random drug testing program. No one is suggesting that because Canada does not randomly test drivers that we should prohibit Canadian trucking companies from operating in the U.S. But that is what opponents of the demonstration program would have us do with Mexican drivers."

The problem with this analogy is that Canada isn't Mexico, and vice-versa.